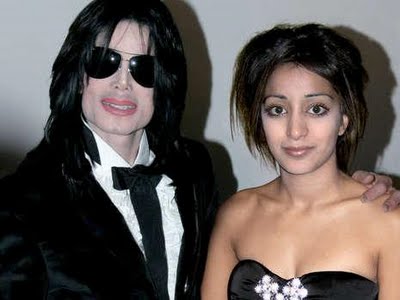 From Nowhere to Neverland

What began as a chance encounter in a fair parking lot ended up with a fairy tale trip to Neverland and a jump start to the career of an aspiring musician. Nisha Kataria was leaving the Arizona State Fair with her mom, dad, brother and sister one hot Phoenix summer. Her family asked her to sing as they walked the couple of blocks to the car, but she refused. They pleaded with her to sing till she finally obliged and began her rendition of a Celine Dion song. Never did she realize that heeding her family's request would land her at one of the most famous landmark celebrity homes in the world. At that moment, a man chased Nisha down the street saying he was impressed by her voice. She exchanged contact information with him and never gave it a second thought. As fate would take a hand, Nisha received the call of a lifetime a few months later. It turns out the man at the state fair had managed to get her demo CD to the King of Pop himself, who in turn was very impressed and wanted to meet her. Nisha stated, “Well, Michael Jackson's manager got a hold of my demo and he listened to my track, "I Will Always Love You," originally done by Whitney Houston. And one day, they were sitting in Neverland, him and -- him and Michael. And he played Michael my "I Will Always Love You" song. And Michael said wow, who is this girl? Can you call her? "And so the next thing you know, we drove to California to meet Michael. And I met him. The very first time I met him, he had a big smile on his face and he was very, very friendly and gave me a hug. And Prince and Paris and Grace, the nanny, were all in the room and they all gave me a hug." Nisha stated that she lived in Phoenix and drove to California to meet Michael Jackson. She described the encounter. “We drove into Neverland. And I remember just seeing the big Neverland Ranch sign when you enter Neverland. And you feel him, but I hadn't seen him yet. And I was just so nervous. But he -- he had the biggest smile on his face the moment he walked into the library in house to meet me.” Jim Moret then asked what it was like when she met Michael Jackson face to face. Nisha stated, “Well, like he was -- he's the biggest star in the universe, the most recognizable man on this planet. And I was just super nervous to meet him. But he came in with a huge smile on his face. And Paris and Prince came in and they introduced themselves to me. And they were about to shake my hand and Michael said, no, we don't shake hands in this family, we give hugs. So they all gave me a hug. And then Michael sat down and I sat down and we just started having a nice conversation. And then he told me -- he asked me if I could sing for him. And then I stood up and I asked him, Michael, what would you like to hear? And he said, "Will you sing ´I Will Always Love You?´" And I sang him that acapella. And the first thing he told me was, "Nisha, you have the voice of an angel." So I mean it meant the world coming from him.” Nisha then told Jim how she and her mother moved to Neverland because Michael Jackson wanted to record with her. They stayed in one of the guest units. When describing life at Neverland, Nisha Kataria stated, “Every morning when we would open our windows in our guest house, we would look at the lake. And there were two elephants being bathed in the lake. And there's music playing throughout the ranch, so you feel like you're in a movie. And there was actually a movie theater and everything you could ever dream of is at the ranch. It was just one of the best experiences of my life living there.”