I was one of the children who World Healer Michael helped. When I had my ninety Brain surgery and my ninety abdominal surgery, when I was fifteen, in April 1987, Michael wrote to me, and I received his Autograph and note when I got home from the hospital, and when I got better, Michael invited my mom and me to his Concert in 1988. His Concert was Tues Jan 18, 1989. Later I got to spend all day in Neverland, which the Greatest thing in Neverland, was that I could FEEL MICHAEL'S CARING HEALING INTENTIONS ALL OVER NEVERLAND. The greatest thing in Neverland is the FEELING OF MICHAEL'S INTENTIONS OF HEALING and Caring. Being in Neverland was like I was NOT on earth. It was HEAVEN ON EARTH.
Even though I have Brain Tumors and Hydrocephalus since I was age six in Jan 1980, and neurofibromatosis since I was conceived and I've had ten Brian surgeries since I was age six and ten abdominal surgeries, and i have had Brain shunts since age six, I traveled to SUPPORT MICHAEL IN PERSON AT COURT and I went through Rough difficulties to Travel to and share lodging, and I ATTENDED EVERY SINGLE one of Twenty Pre- trial hearings in 2004 that were every month in 2004 except March, one to two pre- trial hearings per month, I made TWELVE ROUGH difficult to do and I sacrificed so much just to afford to ride Greyhound buses, ( that took eleven and a half hours rides on three different busses, that had two lay -overs, one longer than an hour every time, and every time the Grehound bus Arrived in Santa Maria at 2:10 AM in the dark mornings, to a dark street, closed station, and everything closed, and several times I split the cost of gas to share rides with two other people in order to GIVE INNOCENT, HELPFUL MICHAEL EMOTIONAL CARING & EMOTIONAL ENCOURAGEMENT inside the courtroom, and for me to HOLD UP outside the courthouse MY WORLD -KNOWN MICHAEL-SUPPORT FLAG and my BOLD PRINT Support signs I hand- made, and to SPEAK OUT my TERSE, POINANT Sound bites of Truth to media, toTV news broadcasts, Newspapers, documentaries that were being recorded there, to GET Terse TRUTHS OUT TO PUBLIC about Michael and to show Michael emotional SUPPORT to show him that people arramged their lives to traveled from all over the world to be there show him support in his darkest hour, his deepest despair, we were there. I would like to show you pictures of my friends and acquaintances SUPPORTING Michael at Santa Maria's Santa Barbara Courthouse throughout every one of twenty Pretrial hearings in 2004, and my three longs stay trips Supporting Michael at court throughout 2005 trial.
FB comment from a woman from California. She doesn´t want to post her name here (but I know it). 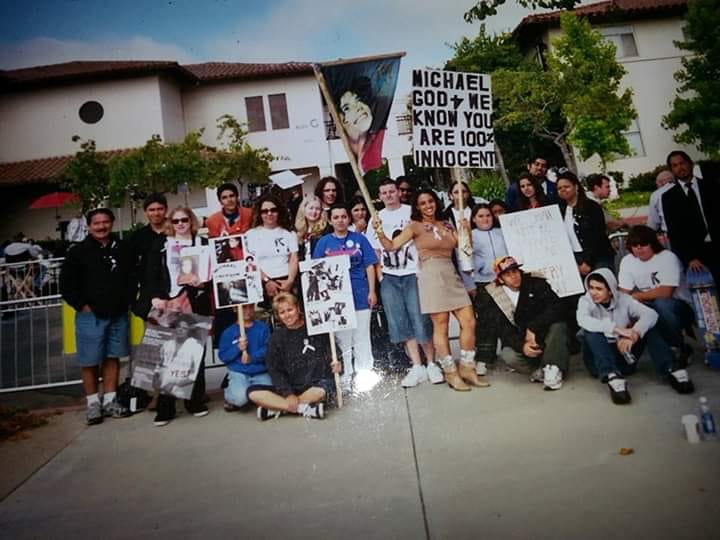 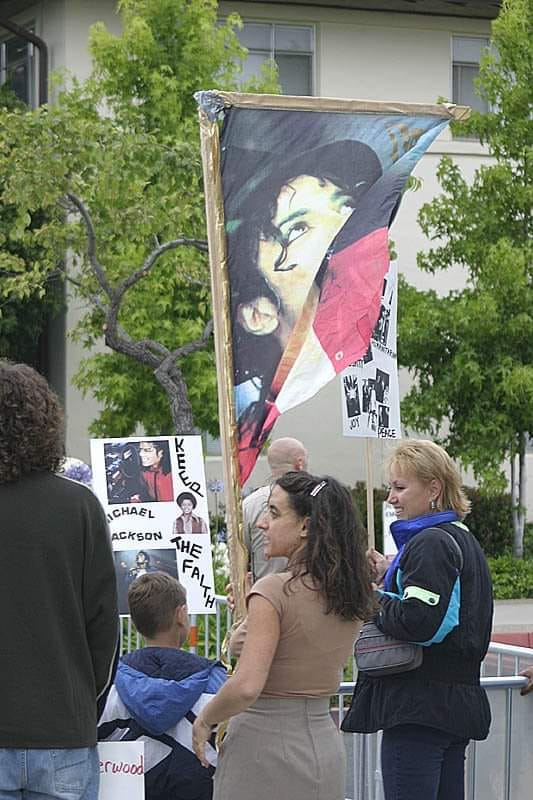 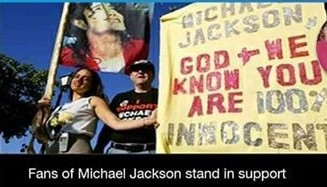 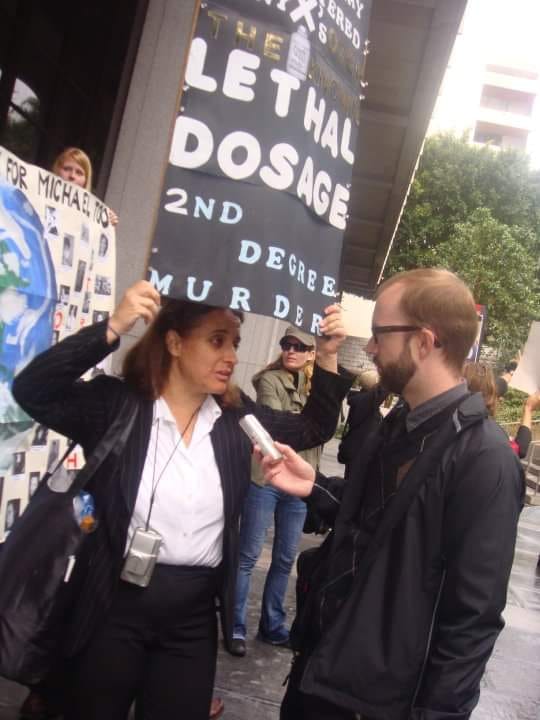