Michael Jackson and his friendship with Taiwanese couple and their twins

A Taiwanese fan Mrs. Ma Qi Zhen not only met Michael with her family, but also she became a close friends of Michael for many years. Mrs Ma had always kept a low profile about their 17 years family friendship with Michael Jackson. It was until Michael's sudden passing last June, did Mrs. Ma have spoken out for the first time about this in the media about her friendship with the King of Pop. She pays tribute on how kind, loving and approachable the King of Pop was. She shared her memories of an extraordinary friend and how she felt that Michael was misunderstood by many. It was a fax message that leads to the friendship between Michael and the Ma Family. During the Dangerous Tour in Taiwan in Sept 1993, Mrs Ma and her husband had trouble of getting tickets for their nine month old twin daughters for the concert, as ticket will not be allowed to be sold to their 9 month old babies for safety concern. Ma wouldn't settle for it, as it was going to be the last day of Michael's concert in Taiwan. She decided to give it a try and send a fax message to the hotel that Michael was staying in. She directly address the fax message to ask him asking him to allow her twins to go to the concert. She didn't really expect that Michael would see it, next thing she knew was that Michael did read it and responded to it. He immediately sent down VIP passes for the family to be able to come to the concert and to meet him personally in his hotel room after the concert.

When the family arrived at his Presidential Suite, Michael was already in his pajamas, ready to go to bed. They find the superstar very kind and approachable, Ma recalled that he was so fascinated by the twins, he wanted to know everything about bringing up babies. The twin babies were crawling around in his room, at one point, one of the twins grabbed his CD player and started to bite it, Michael immediately went to pick up the baby and softly he said to her "Don't bite it, it'll hurt you." Ma recalled that Michael was not yet a parent during that time but was very protective of children. When they said goodbye, Michael personally escorted them off to the elevator and promised to invite them to come and visit him when he returned to America in his home Neverland. Ma family never took his words seriously, but Michael meant it! During the 17 years friendship Michael had with the Ma Family, the family had been able to visit 6 times as guests at his Neverland home, and even travels with him to other parts of world. Every time they said goodbye, he would cuddle them with words like "I'll always love you". He would seemed just simply wanted to be loved. Michael adored the twins, when he returned to Taiwan for the History tour in 1996, he invited the twins for an appearance to " Heal the world " Song with him on stage. He even invited the family to follow History tour with him. The twins was also featured in "Heal the world" in Durban, South Africa and it was said to be his last concert ever.

Michael had confided to Mrs. Ma things like his iconic sequins glove, was first used to hide his skin problem vitiligo that first appeared on his hand, and the glove had surprisingly become his signature trademark. Michael even referred himself as Chinese, as according to Michael, his mother Katherine was of a quarter Chinese descent. Michael did often expressed his strong desire to perform in China. According to the the Taiwanese concert organizer Mr. Yu, during both his Dangerous and History Tour in Taiwan in the 90's, Michael asked for his help to perform in China, though Yu did his best, During that time China was not yet ready to open up to Western pop performers. Ma had seen the very sincere side of Michael, pure and innocent, like a big kid, love surprises, magic, very compassionate, very trusting and very caring. She hoped that by sharing her story, the world would know the true nature of Michael. The world not only loose a musical genius but a beautiful soul. Below is the video that apparently was sent by Michael to the Ma family after the History tour, featuring the Ma twins with Michael singing "Heal the World" in Kaohsiung, South Taiwan. Towards the end of the song, MJ made an effort to say "I love you" in Mandarin to the audience. This he had asked the twins to teach him before the performance. His interactions with the twins was just so sweet. 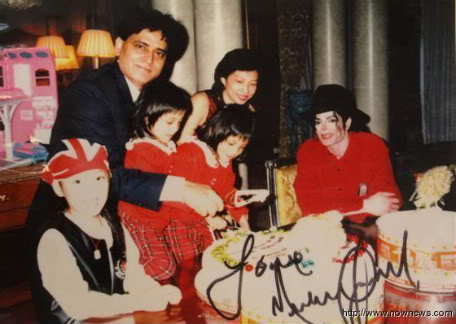 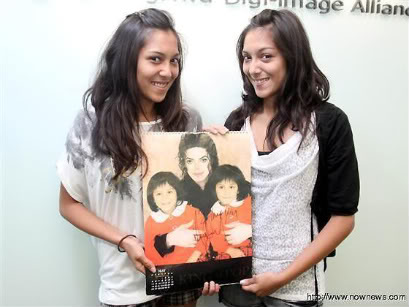