As told by his Mother Katherine: 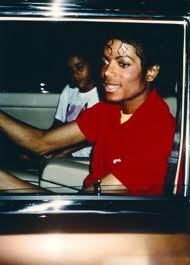 Michael usually drove himself to Kingdom Hall and his field-service routes. He’d finally gotten his driver’s license in 1981, at the age of twenty-three. Initially he didn’t want to learn to drive.

“I’ll just get a chauffeur when I want to go out,” he said when I began nagging him about getting his license.

“But suppose you’re someplace and your chauffeur gets sick?” I reasoned.

Finally, he relented and took some lessons. After he began driving, Michael decided that he enjoyed being behind the wheel, after all. The first time he took me for a ride, he ventured up to Mulholland Drive, a winding road in the Hollywood Hills. It was a hair-raising experience.

“I’ve got a crook in my neck and my feet hurt,” LaToya, who was also in the car, complained afterward. “I was putting on the brakes’ with my feet and ‘steering’ the car with my neck trying to keep it on the road. I was so scared!”

It was white-knuckle time for me, too. Michael drove fast. He also had the same habit that I have: driving right up to the car in front and stopping on a dime. After that, Michael started going out by himself.

But Michael wouldn’t hear of it. “I’m tired of having security with me every time I go someplace.”

When he began driving, Michael told me that he would never go on freeways; he thought they were too dangerous. So I was shocked one day when Michael suddenly drove us onto a freeway ramp.

“Wait a minute, Michael, what are you doing?”

“I can drive the freeways now!” he said, laughing. He had changed his mind about freeways when he saw just how long it took him to get around Los Angeles without using them.

Michael’s first car was a Mercedes. Then he bought a black Rolls-Royce, which he later painted blue.

It was in the Rolls that he was stopped one day -- not for fans outside the gate, but by a Van Nuys policeman.

“This looks like a stolen car,” the officer said. He didn’t recognise Michael, who wasn’t wearing a disguise that day. Michael explained politely that he did, indeed, own the car. But the officer went ahead and ran a check on the car, and found that Michael had a ticket outstanding.

The next thing Michael knew, he was sitting in the Van Nuys jail. Bill Bray bailed him out. I didn’t even know what had happened until he came home.

“You should have asked the officer what a stolen car looks like,” I said after he related his adventure. Perhaps the cop had felt that a young black man didn’t belong behind the wheel of a Rolls.

But Michael was not only put out by the experience, he professed to be happy.

“I got to see how it felt to be in jail!” he exclaimed.

From Katherine Jackson's book "My Family"

“Michael loved to go toy shopping. But the adult in him wanted to drive his car. And he drove like a maniac. I was always grippin’ my seat."
Rusty Lemorande

"He was a terrible driver from my point of view. It was my experience, not speculation!"
Karen Faye, MJ´make up artist and friend, answers a fan´s question, Feb 2019 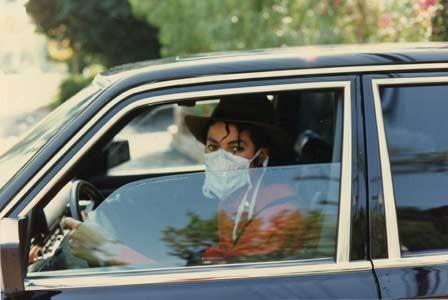