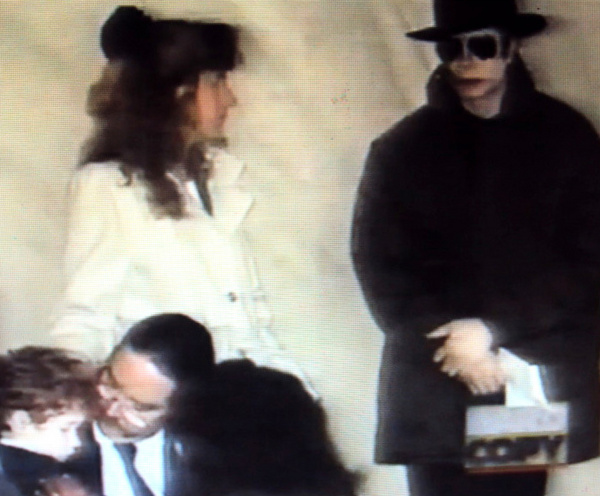 March 3, 1995 - Michael Jackson privately attend the funeral service for little Craig Fleming, a two year old boy whose mother threw him over the bridge in California along with his four year old brother Michael before jumping to her own planned death. The mother and four year old survived the incident, although the child, Michael was badly battered, requiring medical aid.

According to J.Randy Taraborrelli, "Michael was in the recording studio finishing up his current album (HIStory) when one of his aide came to his and told him what had happened. According to eye witnesses in the studio, Michael broke down and wept openly and was so torn out about the tragedy."

Michael Jackson later dedicated the song "Childhood" on the HIStory Album to the memory of Craig Fleming with these words: "Childhood" is dedicated to Little Craig Fleming and his surviving brother Michael, for whom special scholarship fund was been established to ensure that his childhood usher in a future of all possibilities. Love, MJ.