The boy used to be called David Rothenberg but he changed his name to free himself from his father’s name and criminality, as he put it, after his father had committed an abominable crime – he doused him with kerosene when the boy was asleep, set him on fire and burned 90 per cent of his six-year-old body. This was in 1983.

Michael befriended Dave and though he didn’t pay for his surgeries as his mother had an insurance which covered all medical bills, he offered the boy enormous emotional support for the next 30 years. Dave Dave went to Michael’s funeral and spoke of their friendship there.

This is what Dave remembers of Michael Jackson:

“He heard about me and contacted me. He wanted to meet me. I was about 7 years old at the time. He befriended me. He took me into his life. He opened up his arms to me and accepted me as a very good friend of his. And throughout the years he never let me go. Michael was like a father to me”.

"It was quite an amazing experience. There was a tap on my shoulder. I turned around and there was Michael. Our relationship started with a hug. A hug that never ended throughout the years."

"Michael Jackson was like a father figure for me. He gave me a lot of advice, he showed me a lot of things about the world. He really was a source of emotional support for me."

“He was a great person. He never hurt a soul and I’m happy to have been his friend all these years. Michael offered a lot of emotional support for me. Michael was there for me whenever I needed to talk to him. He opened up Neverland to me as a means to get away. Metaphorically he was always like a father that I never had."

“I believe what people fail to realize is that Michael was a human being. Throughout the years he was kind of stigmatized by the media”.

"I believe I lost a Person in my life but at the same time I gained a lot of knowledge." 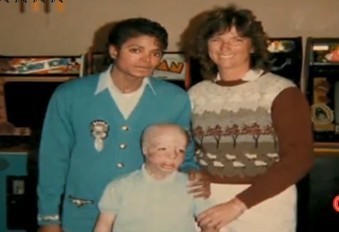 At the funeral Brian Oxman sat next to Dave and spoke of Dave’s eulogy as moving www.thesun.co.uk/sol/homepage/news/2623700/Jackos-star-burned-so-bright.html

Dave Dave, who was an artist, died at the age of 42 on July 15, 2018, in Sunrise Hospital in Las Vegas from effects of pneumonia.