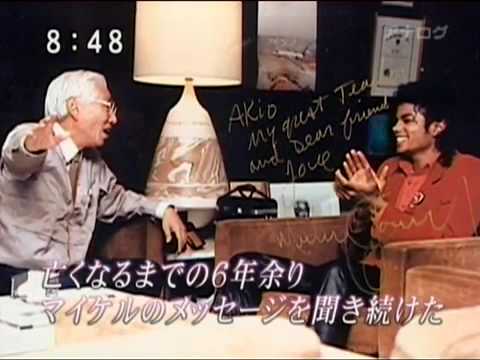 The first time my husband Akio saw Michael was at Yokohama Stadium in 1987. We traveled from our house in Tokyo to Yokohama and were going on to our villa in Hakone for the weekend. We were simply enthralled by his music and incredible dancing.
Unlike today, there were no cell phones and the road conditions were bad, so it was very late when we arrived at the villa. On arrival we received a call from the house in Tokyo saying that Michael’s manager had been calling again and again because Michael was anxious to meet with Mr. Morita, so Akio hurriedly called his hotel.
Michael thanked Akio for coming to the show and apologized as he felt his performance was not 100%. His voice has not been at its best and he invited us to come again when he promised an even better performance. For artists there is no peak—they constantly strive to do better—to a point that might even be called self-indulgent.
Subsequently, Michael was in Japan at the time of my birthday and he came to a party being held at my home, where this picture was taken.
As a vegetarian he avoided meat and fish and as you see we prepared a large plate of Twenty Century (Asian) pears, which were in season. I dont remember anyone else eating them except him, and that day remains a topic of conversation in our house to this day.
He found some of Akios toys, such as a mechanical piano, music box, miniature street organ and a record from the Edison Museum, and spent the evening playing with them like a child.
While in Japan he visited Sonys head office, the CBS Sony Studio that was in Shinnanomachi, Sony Media World, the Ginza Sony Building and so on, asking many questions and getting hold of the latest Sony products.
As promised we were invited to see him perform again at Tokyo Dome in 1992. The studio always arranged for an official photo to be taken backstage and we have many lovely photos that were later signed by the artist.
The History Tour came to Tokyo Dome in December 1996. Akio had already fallen ill by that time and I dont remember the details, but I went to the Capitol Tokyu where Michael was staying and rode to the Dome in the same car. Many fans surrounded the car and others followed in taxis. When we stopped at red lights people would pass him paper or handkerchiefs. He would sign them quickly and my job was to hand them back. He gave autographs to so many people between the hotel and the Tokyo Dome, but he never once made a face. He happily signed them, and as I sat next to him helping, I thought what a truly kind person he was.
He genuinely looked forward to meeting Akio. In 1995 he released History and at that time had a special shield made to present to Akio, as well as a signed album. On the shield it said: THIS ALBUM OF MY MUSIC WARMLY DEDICATED TO AKIO MORITA FOR OUR EVERLASTING FRENDSHIP. WE ARE LIVING IN THE SAME DREAM FOREVER WITH ALL MY LOVE.
After Akio fell ill in October 1993, the first message of support we received from abroad was from Michael Jackson. It was a healing tape that he had made himself on which he had recorded his own voices saying Mr. Morita Mr. Morita many times, as well as phrases such as You will get better you will speak again, and a gentle song that he had chosen.
He also included a handwritten letter that said, Play 3 times a day right before awaking before sleeping and mid day. Michael Jackson. I played it every morning for 10 minutes before Akio got up and every night when I put him to bed for the six years until he passed away.
.
In 1998 Michael performed in Honolulu, Hawaii. Pushing Akio in a wheelchair, we went to see the show at Aloha Stadium, and the next day Michael visited us at our villa. I can’t say how delighted Akio was and to this day I can not forget his kindness at that time.
It is 10 years since Akio passed away. Michael treated Akio as a respected teacher and friend. Many times he asked questions such as ´How can I better engage young people?´, ,What can I do to be more respected?´ and ´Who should I trust?´
Michael couldn’t trust anyone and he found comfort in children and animals. Now he can rest in the comfort and peace of heaven, unbothered by others.
Many times he called me to say I need your help. This was 10 years ago and I regret that at the time, when Akio’s condition was at its worst, I wasn’t able to respond. I am so sorry to Michael for that. But now I believe he is resting peacefully in a happy place.
—- Yoshiko Morita., 7 July 2009
source: www.akiomorita.net/en/contents/episode/index.html

The healing tape was Michael saying the following words:

Mr. Morita..Mr. Morita
Mr. Morita..this is Michael Jackson speaking
..this is Michael Jackson speaking… please get better… please get better now.
You are our visionary… you are our teacher… you are our leader...
You are our world… You taught me so much..
You are a very strong man, Mr. Morita… I believe in you…
“Every day in every way… I am feeling better and better..”
Repeat these words in your deep subconscious mind
I love you Mr. Morita, and know that the whole world loves you and neeeds you
especially me.” 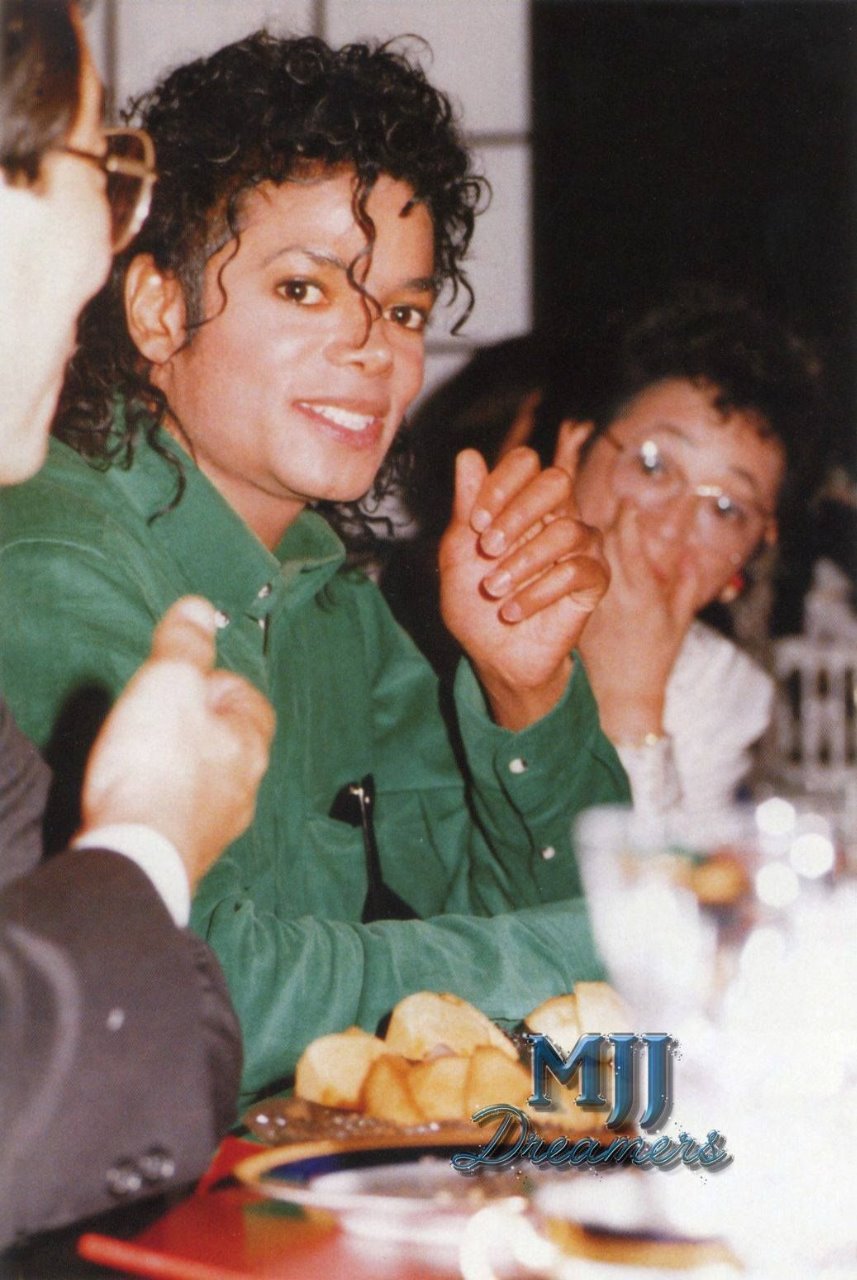 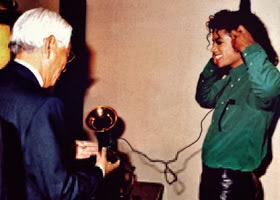 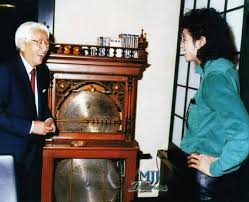 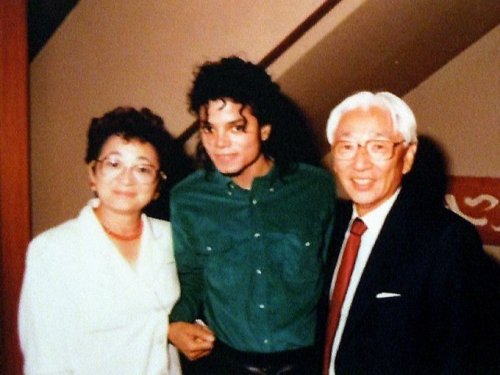 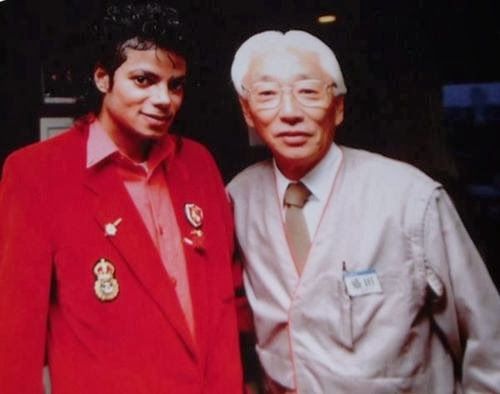