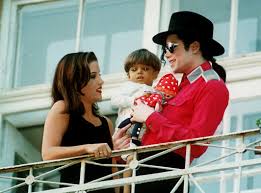 August 8, 1994 - Michael Jackson and his then wife Lisa Marie Presley met the four year-old boy during a visit to the Bethesda Children`s Hospital when MJ was in Budapest, Hungary shooting a music video. Doctors at the hospital told MJ that Bela`s mother had abandoned him and that his father rarely visited him. MJ and Lisa Marie were so taken with the boy, who had been in the hospital since his birth, that they returned the following day for several hours to visit with him. Bela was diagnosed with a congenital liver disease that discolored his skin and prevented him from digesting food. Without a transplant, doctors gave him one year to live.

Michael Jackson remembers that in Private Home Movies TV Special, 2003:
"I saw this little kid (at a hospital in Budapest, Hungary), his name was Farkas. He was very sick. He was green in the face. But he had this glow, this sparkle in his eye.
I asked his nurse, "What’s wrong with this kid?" She said that he needs a liver. So I said, "Does that mean he’s gonna die?"
She said, "Yes, he’s gonna die unless he gets a liver".
I said, I’m not gonna let him die. This sweet, sweet angel. No matter what it takes, I’m gonna find a liver for him.
So I sent my ("Heal The World") organization around the world. We went all over the place and it took a long time. And I said, I’m not giving up. I’m not going to have the child die. I was so happy when I got a phone call. They told me, "We’ve found a liver!" And he has his life. I’m so proud that I could help him. God bless him. I love you, Farkas."

Hungarian magazine «Story» published a surprising article about Bela Farkas, the young man from Hungary, whose life Michael Jackson saved 20 years ago. The story was prompted by a happy occasion: Bela recently became a father.


The young man on the picture is Bela, the same little boy whom Michael and his then wife Lisa Marie met in a children’s hospital in Budapest in 1994 (Bela’s story was briefly told in one of the previous articles). He never gave an interview before — this was his first conversation with journalists in 20 years.
Bela was born with a serious anomaly: an undeveloped hepatic lobe, a life-threatening condition that required a liver transplant. Such surgeries were not performed in Hungary at the time and were very expensive abroad. Bela’s parents abandoned him at birth, so he had no hope to get the money.
When Michael visited the hospital, he asked doctors why the boy was so thin and yellow in the face and was explained Bela’s condition. Michael immediately said that he would pay for the surgery. It was a rare occasion when Jackson’s charitable act received publicity and media coverage.
What Michael didn’t mention in the film was that he not only found a donor for the boy and paid for the surgery, but also continued paying for Bela’s treatment for the next ten years. «I don’t even like to think about it,» says Bela. «The treatment cost $15 thousand a year. Michael spent over 50 million forints on me — just because he happened to meet me in the hospital.»

Shortly after his surgery Bela was adopted, so he grew up with loving parents eventually. This TV spot about Bela was made about a year after his surgery:
When Michael returned to Hungary in 1996 with his History our, he met with Bela again. The boy then said to him: «You are like my dad. Thanks to you, I was born for the second time.» Michael laughed and answered: «Then you are my son.»
Michael’s second meeting with Bela in 1996


They stayed in touch until Michael’s death. Michael sent Bela cards, birthday and Christmas gifts, and Bela answered with drawings and photos. When Michael passed away, Bela cried as if he had lost his dad.
Bela is 24 now, and in February 2014 he became a father of a healthy newborn girl. He says the doctors predicted he would not live past his 18th birthday, and here he is at 24 still doing well. He will always be very grateful to Michael. «If I could,» admits Bela, «I would ask him, ‘Of all children in that hospital, why did you choose me?'»
From Hungarian magazine Story 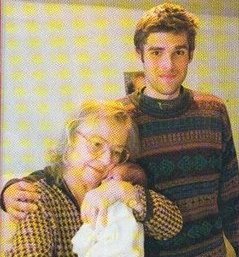 "I once asked Michael what he considered to be his greatest achievement. [...] "Saving Bela's life was definitely one of the most important moments in my life," said Michael honestly, furthermore highlighting what a caring humanitarian he was."