As a small child in 1986, Amanda Porter (today Amanda Swafford) appeared on Good Morning America to talk about a rare genetic eye condition that had made her gradually lose her eyesight. On the program, the interviewer asked her which celebrity she would like to meet: "Have you met Stevie Wonder, Julio Iglesias, and Charlton Heston will accompany you and Ricardo Montes, but is there anyone you would really like to meet?" No doubt, Michael Jackson said Amanda. "After the meeting, we returned to our room at the Holiday Inn Hotel in Woodland Hills, California. At a moment when the bell rang and I answered. It was Michael Jackson with hands full of gifts for Amanda. Amanda and Michael were friends for 23 years until his death. Michael called Amanda Mandy and she called him MJ ...
When the accusations against Michael arose, his family asked us to go to the Geraldo Rivera Show. Amanda, my son, Billy was there to defend Michael.
Michael´s kindness and devotion to Amanda continued over the years, exchanging gifts when they both had children. Unfortunately, he will be greatly missed and we had the opportunity to meet Michael Michael person and artist. "They became friends and the friendship lasted until the singer’s death in 2009. Amanda’s mother Carole Nowicki said: “Michael continued to show kindness and devotion to Amanda over the years, exchanging gifts, even after they both had children. He will be sorely missed and we are grateful we had the opportunity to meet Michael the person and Michael the artist.”
Carole, Amanda´s mother

After MJ's death, Carole put on sale this letter that MJ sent to her daughter in 1989:

Mandy's real name is Amanda Lynn Swafford. She was eight when she first met Michael. She is currently famous on TV for her role as model. It was the third in America´s Next Top Model, which caught the eye of her big blue eyes. He is legally blind but has not yet completely lost sight. In the program, she said that she´ll completely lose sight in about 30 years. The disease causes in vision to accentuate in low light conditions. When you parade on the beach you need a line of shiny paint on the floor to see the path Among her works is Levi's campaign with other models with vision problems. In 2005, he wrote a multisensory book for children. 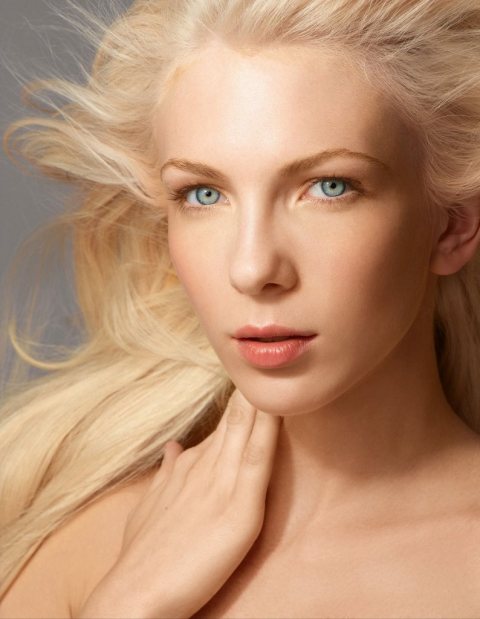