“I was overwhelmed by the death of Michael Jackson. I couldn’t stop crying. My eyes still swell with tears at the thought of him being deceased. Having met Michael at a very young age (I believe he was about nine when I first met him in Chicago), I felt connected even though it had been years since I last saw him up close and personal. I remember looking into his innocent eyes and I said to his mother as I held his hands . . . ‘he has such angelic eyes – I could swear that I’m looking into the eyes of an angel’. 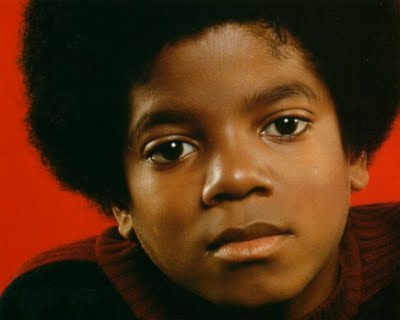 Katherine just smiled as Michael went and laid in his mother’s lap saying that he was tired. He was very quiet and simply adorable, and more or less a mama’s boy, as he clung to his mom backstage, which was understandable by him being so young.

I would see Michael and his brothers periodically at Motown’s Hitsville USA studio A in Detroit; out on the road when they were opening for the Temptations; then again in California when the Jacksons relocated. I remember Richard Street, my husband at the time, and I flying with our son, Ricky (who was maybe two at the time), from Los Angeles to Las Vegas to see the Jacksons’ show at the (then) MGM Grand Hotel. I recall walking into the green room (backstage) with Mrs Katherine Jackson and I complimented her on her family every step of the way into the hotel. I told her that I came from a large family and was very familiar with living with lots of people! She smiled, and we chatted as we walked inside. When we got inside, Michael was standing behind a bar-like area drinking a Coca Cola. I walkd up to him and asked him if he remembered me. Then I reminded him that I was Richard’s wife – ‘Richard in the Temptations’. He hugged me and said ‘it’s nice to see you again.’ I knew he didn’t necessarily remember me, but he was so polite and humble, and said that to appease me, I’m sure, as it had been at least five years since I had seen him up close and personal.

The Temptations played competitive basketball with the Jackson brothers at their home in Encino, California. So, I got a chance to visit with Michael and talk to him on a few more occasions when he was a teenager. I tell you, to know Michael was to love him. When I was around him, I felt as though I was in the presence of greatness! He emitted a special aura, and he was very aware that all eyes were upon him in certain settings. He bowed (like the Asian culture) when he held your hand to say “hi, it’s good to see you’, or ‘it’s good to meet you.’

The world lost one precious soul when Michael Jackson died, but I can’t help but think that our loss was God’s gain. I cried myself to sleep the first night of his passing, and I talked to God through heavy tears saying . . . You told him (MJ), ‘well done my son, you’ve done what I put you on earth to do, now it’s time for you to rest and come home to live with Me. You’ve worked hard most of your life since you were five years old, and now it’s your turn to come home and rest.’ I couldn’t believe Michael was dead, even though in my mind I was aware that it was a reality, and had actually happened. I cried for him, his children, his mom and his entire family. I had to leave a meeting that I was attending when I received a text message from my son, Ricky, saying .. . “mom, Michael Jackson has passed away –yes he did, Mom. I’m sorry.” Ricky knew how much I loved him and he understood my overwhelming sadness. Then, I had to take a day off work on the day of his funeral. I just sat on my couch watching the home going services on tv, in my family room at home with a box of Kleenex and a glass of wine. It pleases me very much to see how much love Michael had for others and the great love that people/fans in America and around the world have for him. All I can say is - long live the King of Pop. Michael Jackson’s music will go on forever, into infinity. “