1996 - The King of Pop, arrived in Mumbai on October 30th,1996 at Mumbai’s Sahar airport in his private jet. Jackson was greeted by Sonali Bendre clad in a nine-yard sari and a Maharashtrian nathni, standing with an aarti thali to welcome MJ, along with Raj Thackeray, Sharmila Thackeray and innumerable politicians who were there to receive Jackson.

Michael Jackson, when being driven in a 20-car motorcade from the air port, stopped his Toyota to meet the fans lined up along the highway to catch a glimpse of him. He picked up several children and hugged and kissed them. During his stay at The Oberoi Hotel, Jackson surprised the entire staff by mingling freely among his fans, who thronged at the hotel to catch a glimpse of the ‘King of Pop’.

“He greeted his fans with smiles and by blowing kisses and shook hands with as many of them as possible,” hotel sources recount.

According to Butler Manager, Sandeep Walia, who was attending to him with a team of three butlers, Michael loves orange drinks, Fanta being his favorite and a special German orange drink, Gatorade, which he carries with him. Michael drinks a lot of Diet Coke as well, prefers his drinks at room temperature. Jackson has a penchant for chocolates too, so The Oberoi made sure there were chocolates, of all shapes, sizes and flavors kept in every reachable corner of his room. Michael Jackson likes a lot of festivity around him. The Kohinoor Suite at the Oberoi was decorated with flowers, balloons, confetti and bowls of sweets and chocolates to

give it a spirit of celebration. While in his room, Jackson does not like to use the air-conditioner. He also likes his space. His body-guards have been instructed not to come close to him to give him enough space to move around. Children from orphanages were invited to meet and play with him at a high tea organized at the hotel pool side. He gave them gifts and chocolates that he had brought with him. After Michael Jackson had gone, when the hotel was preparing his suite for the next VVIP guest, they found Jackson’s gift to them: rather mischievously the great singer had scribbled on the pillow he had slept on

“India, all my life I have longed to see your face. I met you and your people and fell in love with you. Now my heart is filled with sorrow and despair for I have to leave, but I promise I shall return to love you and caress you again. Your kindness has overwhelmed me, your spiritual awareness has moved me, and your children have truly touched my heart. They are the face of God. I truly love and adore you India. Forever, continue to love, heal and educate the children, the future shines on them. You are my special love, India. Forever, may God always bless you” source: https://suthaharmca.blogspot.com/2009/06/michael-jacksonmj-in-indianov-1996.html

An except from Jermaine Jackson´s book You Are Not Alone, Michael:

MJ held India close to his heart as he said in various interviews. Here he is wearing indian tunic for a photoshoot: 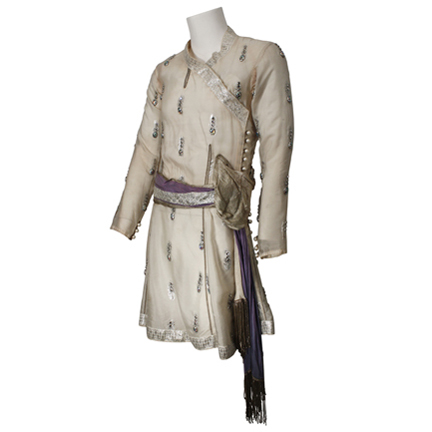