Michael as a Farmer

Michael wants to be a Dairy Farmer, learns how to milk a cow and squirts poor Bill Bray! 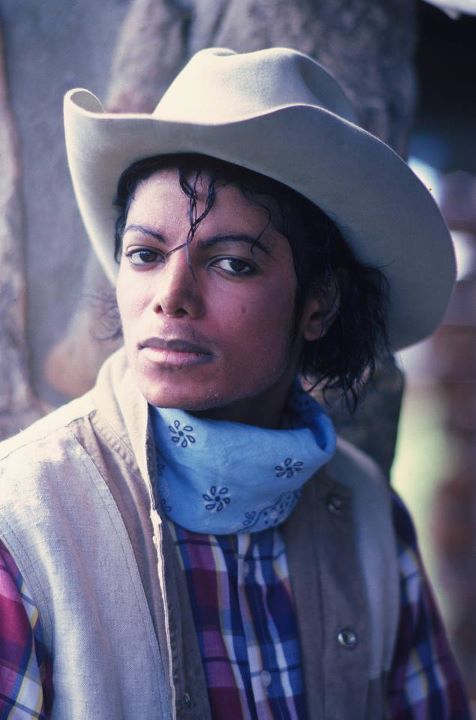 "So Michael and I went in search of his perfect ranch. We used to sneak away by ourselves to look at ranches and see what was available.

Michael Jackson, Miko Brando and I drove up to Santa Barbara, which is about 80 miles from Encino. Bill Bray also came along to drive and to protect us. Michael and Miko had been at the Cal Prep School together as schoolmates since a young age, and Miko was Michael’s closest and dearest friend. Just the four of us went, with Miko driving part of the way. (Michael liked to drive his own Mercedes Benz when he could, so he drove part of the way as well).

We passed by a pasture, which was full of baby calves; it was a dairy farm and all the baby calves were nursing from the udders of their mothers. Michael was so thrilled! He was screaming with joy, so happy and laughing. He loved to watch the animals being fed. We stopped and stood on the fence and watched them. The farmer came over, and asked us, “What are you doing here?”

“Well, we’re watching the calves taking milk from their mothers.” I replied. “Is that okay? Do you mind?”

“No, not at all I was just curious. Nobody ever stops by.” The farmer was friendly, and it was apparent that he didn’t realize he was talking to Michael Jackson. So Michael started asking him a lot of questions about the gestation period of a calf. How long does it take to have a baby calf? How long before a mother no longer has to feed a baby calf? Michael really had the head of a milk farmer! He was Interested in raising animals. He asked all kinds of questions about their breeds. There were a couple of big black stud bulls there. The milk farm had hundreds of calves all sired by the stud bulls. Michael was fascinated by this and got involved in the discussion of how to create a dairy farm and how milk is pasteurized.

I want you to know that Michael was actually taught then and there by that farmer how to milk a Holstein cow: by aiming two udders into a bucket!

It was a thrill to watch him milk the cow. They tried to teach me, Miko Brando and Michael’s major domo Bill Bray how to milk a cow, too, but Michael was the best. He actually managed to fill the bucket to the rim and loved doing it.

Bill Bray kept on rushing us to get back on the road. With a quick aim, Michael squirted cow’s milk right into Bill’s face. Poor Bill wiped off his wet face with a handkerchief as the farmer roared with laughter and Michael squealed with joy He announced he’d like to move In and become a dairy farmer.

It was really quite funny as the farmer never realized Michael was a celebrity. He was really not In tune with the world of show business, only with his pastures and his cows. Michael took full advantage of it and enjoyed being anonymous. The farmer did ask where we were from so we said Encino in the San Fernando Valley. He did not connect Michael with being the King of Pop in the musical world.

From the book "In search of Neverland" by Gloria Rhoades Berlin