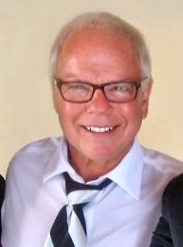 As a songwriter, studio singer, arranger and producer, Bähler has worked with a variety of artists, including the Temptations, Barbara Streisand, Elvis Presley and Smokey Robinson. Among his list of seasoned performers is Michael Jackson, dating back to the early 1970s. "Back in the day when I first met Michael, he was warm, and at the same time, inside of himself," Bähler said. "He knew there was a fire inside of himself."

Bähler, along with his brother John Bähler began working at Motown Records in 1972. They were given multiple tasks, including background singing and vocal arranging. Together, they worked with the Jackson 5. "We use to start [around] 4:30 p.m., after school [let out,]" Tom said. "They'd arrive in a limousine from school and go straight into the studio."

According to Tom, he and John treasure their memories at Motown because of the music. "It was a wonderful chapter in our lives," he said. "It was the greatest experience ever. I think it was spiritually fulfilling."

Tom reminisces about Jackson and considers his memories to be priceless. He said it's hard to pinpoint specific memories because there are many, but said he will never forget what Jackson did one day in Motown's studio. "Being the youngest of the Jackson 5, everybody was always telling Michael where to stand," he said. "It wasn't because he was ‘Michael Jackson,' but because he was the youngest. One day, Michael walked over and leaned against a piano and just started singing. I was thinking, ‘A kid this young with this much soul.' It was just extraordinary."
The same year, 1977, Tom wrote a ballad describing emotional heartbreak, detailing what was currently going on in his life. The song was called "She's Out of My Life." "I was going with a wonderful woman and woke up with her, and she wanted to get married, and I wasn't ready," he said. "These thoughts were going through my mind on the freeway one night. I said [to myself,] ‘Hey man, you made a choice. Face it. She's out of your life.' I was like ‘Wow' at what I was thinking. By the time I got home, the song was written in 13 minutes."

Tom's ballad is featured on Jackson's 1979 solo album Off the Wall. According to him, Jackson wasn't his original choice to sing the track. "But [Michael] understood drama," he said. Jackson was moved by the song and tearful toward the end of every recording he made. Tom said Jones had Jackson record the song 12 times before deciding to keep the emotional ending. The version released on Off the Wall is the first recording Jackson made. "When he sang ‘She's Out of My Life," he cried," Tom said. "People don't hear how he apologized at the end of every take. I asked Michael on a break if he was alright. I said, ‘Hey man, sorry if I hit a chord.' [Michael] said, ‘No man, I was just getting into the lyrics."

Throughout his career, Tom and John remained connected with Jackson, becoming his vocal arrangers. "Any time he'd do something on voices, he'd call us," Tom said. "Michael was great. He was always open [to our comments.] But at the same time, he was an incredible singer."
found to be unique, funky, hip and tasteful. He was one of the greatest entertainers I've ever encountered and I'll never forget him."

Behind the article: When Tom and I arranged to speak on the telephone, I knew we were going to talk about his song, "She's Out of My Life." The exciting and surprising aspect was when we began talking about his musical memories with Michael as a whole. "People always ask me, 'What did you guys work on?,' but we did so many [songs], that I need to hear them to fully remember," he said. "But Michael was great. Everything he did, I found to be very unique, funky, hip and tasteful."

Toward the end of our conversation, Tom said he remembers Michael's sincere feelings of missing his youth when he was a child. "We use to start at about 4:30 p.m., after school and the boys would get dropped off at the studio," he said. "One day when they were being dropped off, Michael got out of the limo and saw these kids playing in the park, and he cried. I witnessed that. It was sad to watch him cry and I thought at the time, 'Here's a kid who gets up and goes to school and works all day long, and he sees kids outside playing basketball and passing football, and he goes into the studio to sing.'" Tom said his memory of this is sad, but said Michael's emotions are what made him "the amazing person" he was.
Source: michael-jackson-memories.weebly.com/thomas-baumlhler.html