The Man Who Dressed Michael Jackson 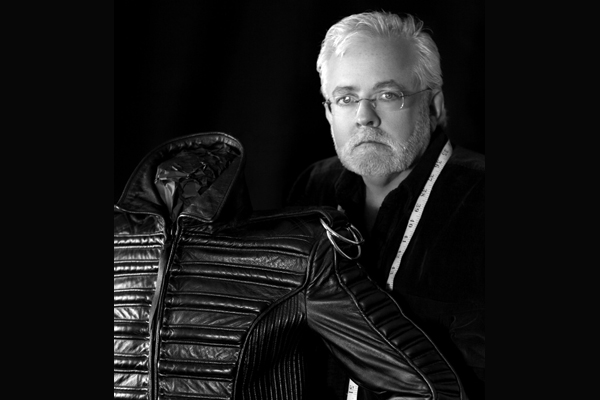 Costume designers really are the unsung heroes of show business and none is more of one than Michael Bush, who, alone and with his late partner Dennis Tompkins, iconically dressed Michael Jackson for 25 years. He’s just written a lavish book about these experiences, “The King of Style: Dressing Michael Jackson,” in which, among many other things, he describes Jackson’s generosity.

“He used to wonder why MTV didn’t give an award to the video costume designers,” he told me when I met him recently at the Muse Hotel. “I said, ‘Maybe it will happen.’ It really got to him, so, one day at his ranch, he went and got the Grammy Award he won for ‘Leave Me Alone,’ which I did all the clothes for, signed the bottom of it, and said, ‘Take it.’ I kept waiting for him to ask for it back, but he never did.

“I started as Michael’s dresser in 1985. He saw the costume designer in me and brought it out. My first impression of him was how multi-faceted he was. He could go on a set and take a camera apart and put it back together again. It was like he needed to know how a camera works so he could get the ultimate use out of it. He was always a hands-on designer, not the actual construction, but the visual aspect, and would tell me, ‘I feel and dance the beat, and the clothes have to show my dance style and the clothes have to accentuate that.’

“I got to laugh with Michael for 25 years, that’s all we did. I used to get kicked off the set because I would make him laugh and he would wreck tape after tape. We’d be in the back of a limo and he would start scratching with his zipper, writing music that way. He’d look out the window and see something that would inspire him, like a man trying to cross the street before the light changed. He’s excited, maybe shy, he might run or not, and he would sing a song about it. That zipper made a great sound. Also a car door slamming would inspire him. I wish I could have recorded some of those impromptu moments.” As for Jackson’s more troubled moments, “Like any human being, he had feelings. He was probably the most sensitive and giving person I ever met, always concerned about everyone being happy first. Like while I was working on this book when he was alive, he’d give me clothing, saying, ‘You need to have this.’ A lot of it is going up for auction at Julien’s in December, and portions of the proceeds are going for training seeing-eye dogs, also to a hospice for musicians in need of medical help.

“Michael taught me that when you do good, it comes back tenfold. And it has, just doing these interviews and seeing how excited people are about this book. I was just in Bath, England, at an event attended by the most successful people there. Someone asked if they could take a photo of his glove. I said, ‘Sure, would you like to touch it?’

“I look up and see 80 people standing there and I felt like Santa at Macy’s with a lot of kids, all wanting to do the same thing. To see a 55-year-old businessman, his eyes shining like a kid, telling me the first time he saw him with that glove… everyone remembered their first time!

“I also got to meet designers like Phillip Treacy and Vivienne Westwood, and they all told me that pictures of the stuff we did are stapled on the walls of their studios. They’re still looking at his costumes for inspiration, and all the time we were looking at them!”

I wanted to know about Jackson’s process before and after his incredible shows. “He’d warm up like a dancer, and that’s all he would do on the day, no photo shoots or interviews like Britney Spears did when we worked with her. The show was so important to his audience that he wanted to be prepared to give 100 percent every time.

“Afterwards, he’d be on adrenaline and would watch a two-hour tape of the show the night before. Frame by frame, he’d notice, ‘There’s a yellow light over my head. That should be blue. Take a note.’ Total perfection­ist.” Michael Bush on stage with the king of pop. | MJJ Productions

Jackson even let Bush share the spotlight onstage: “He said, ‘The backstage action is as much of a show, and I want the audience to see that. I want you to come out and make my change.’ I hate the spotlight and said, ‘No!’ He said, ‘When it goes dark, you change my coat, and when the light comes up, step away.

“Like an idiot, I agreed, and was standing there with the coat and a cup of water when the cameramen kept following with the lights on and 80,000 people watching, Michael says, ‘Ladies and gentlemen, this is Michael Bush,’ and my face turned as red as your shirt.” But he loved pulling those ‘Three Stooges’ kinds of jokes all the time.”

On the day Jackson died, “I was bringing stuff to the Staples Center and heard on the radio that Michael was at UCLA hospital. I thought that the press was killing him off again and that maybe Paris or one of the kids had gotten sick and he was bringing her there.

“They got us in the Center and told us, and we were basically on lockdown, no one allowed to leave or come in. Michael and I always joked that we’d end up at Caesar’s Palace with him doing ‘Billie Jean’ with a walker, and all I could think was, ‘No, Michael! We didn’t get to do Caesar’s yet!’” The family insisted that I design the costume he was laid to rest in, and I got to dress him and lift him into the coffin, my best friend.”

“He would always make sure if he was invited anywhere fabulous, like a palace in Europe, that we went with him. It wasn’t just ‘You’re the dresser, thank you.’ And some people you don’t even get a ‘thank you’ from. With the lean shoe, in which he could do those incredible dance steps, which we perfected together, there was a patent five years later and he included mine and Dennis’ name with his, something he didn’t have to do. He always made sure you got the credit and accolade, as well.

“And, of course, I got to meet Elizabeth Taylor, who was like him, a big child at heart and also a mother hen to you, a protector. If you didn’t want to accept her as that, she wouldn’t deal with you.”

Bush never ceases to marvel at the fantastic journey of his life: “I grew up in the Appalachian Mountains of Ohio. My mother and grandmother did alterations for the dry goods store and I learned how to sew at an early age. I went to university to learn how to grow corn and thought, ‘No,’ so I moved off to LA and met Michael and my partner, Dennis. There are a lot of stories about being bullied and I can say that if I hadn’t been bullied when I was little, I wouldn’t be here. I knew that I had to get out of Ohio and go to where I’d feel comfortable. There, only women sewed; men ran the plough.

“I picked a new family who accepted me more than my own family, who are great, but these friends understood who I was. Dennis and I were the perfect partnership in life and business. I traveled with Michael; he didn’t want to travel, was a homebody, happy at home with our Schnauzers. He stayed back and ran the workroom and could get stuff manufactured overnight. When he passed away in our house, the first thing the police said was, ‘Where’s your papers?’ I said I had no papers and they said, ‘Well, we can’t talk to you.’ It was a very odd situation after being with him for 29 years. Now my partner is this book.”

Contact David Noh at Inthenoh@aol.com and check out his blog at nohway.wordpress.com/.