On June 25th 2009, I was packing and moving out of a house we had lived in for 6 years and an acquaintance phoned me and said Michael Jackson is dead, turn on the TV.I dropped the phone, turned on the television and there it all was, I fainted, no one was home with me. I woke and cried and cried and I am still crying. My heart is so broken; you see Michael was a friend and he believed in me. I’ve known Michael since I was 10 years old, we went to school together at Gardner Street school off of Sunset Blvd, we were in the 6th grade together. I was always invited to go to his house to play, he would swing me in this big tree swing and we would speak of our dreams. Michael asked me to go steady on the steps of Gardener Street school. Two weeks before school ended my mother sent me to live with my dad in NM. I never got to say goodbye to Michael.

One week before Michael left this earth, my son and I were shopping at Nordstrom’s, and we run into Jermaine. I asked him to please tell Michael I needed to see him, that I needed to visit, that it was important and I gave him my new numbers. God works in mysterious ways. 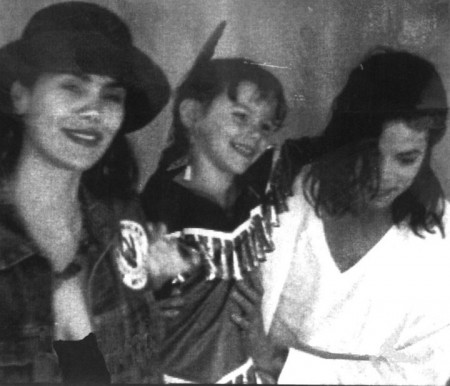 In 1991, I launched my production company, it was 2 weeks old when I received a call from Michaels casting office, asking if I had any American Indian dancers b/c everyone he had been interviewing wasn’t right. I told them “I have the best dancers in town” I really had no one, however I went to many Pow wows and gathered 30 dancers, one of them being my precious daughter Sage. She was 5 then. Michaels casting office had no idea that Michael and I knew each other. To make a long story short. Director John Landis, cast 5 dancers, my daughter – who was the jingle dress dancer, and four other dancers from the native community here in Los Angeles that I brought in that day.

Michael shot 7 hours of photos of Sage while shooting his video and used her image for his painted angels in his Neverland ranch. We had so much fun while filming. Michael, Sage and I watched “Willie Wonka” 3 times while 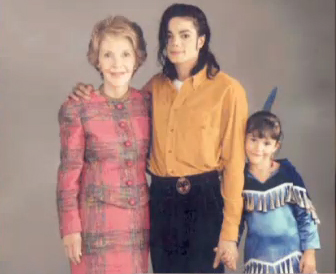 everybody had to wait on set. Michael took Sage and Nancy Reagan to lunch, he had asked if I wanted to go however I declined for obvious reasons. Many stories to remember ..... We had shot the segment of the native dancers in the studio, then Michael read one of my music video scripts and one week later we were on location re-shooting the native segment out-side. Due to Michael’s insight, he added my production company and shared the press in Entertainment Weekly. 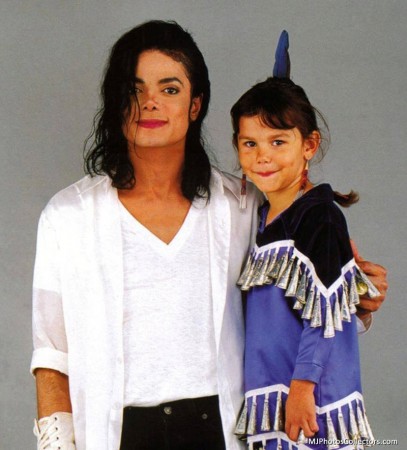 Michael became the leading force in making my company known to the world. It is now an award-winning production company in producing American Indian documentaries and independent films. The 1991 “Black or White” music video and song made history. I was able to negotiate for the American Indian dancers to be paid over and above any dancers on any music video ever, due to the fact they were traditionally dressed (the wardrobe did not come from western costume). To date, they are the highest paid dancers in the music video industry. Also, this segment was the first clip of American Indian dancers in a music video without being a Native American music group/artist. 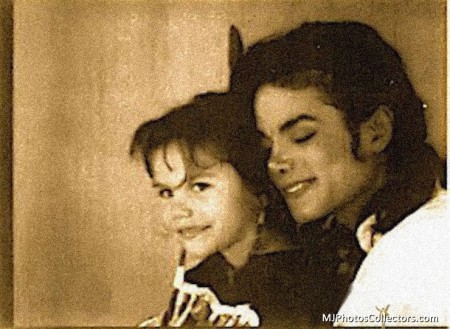 On our opening night of our 2009 Red Nation Film Festival – A Night of Tribute Awards, we honored Michael Jackson for his “Black or White” Music Video – In Loving Memory of Michael Jackson. I have many personal stories about Michael and that I will keep in my heart forever. I am not going to spend my life being a color, I am a Human Being – God Bless You MJ Together we can Heal the world make it a better place. …..We Love You Michael …….. Joanelle Romero 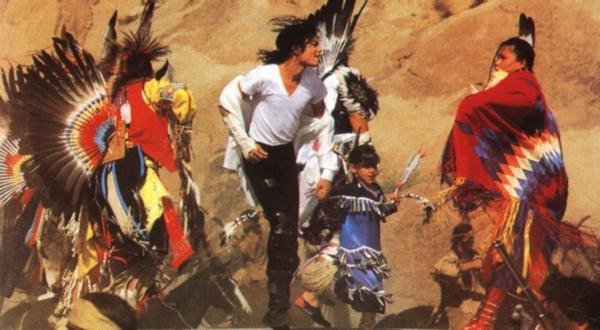 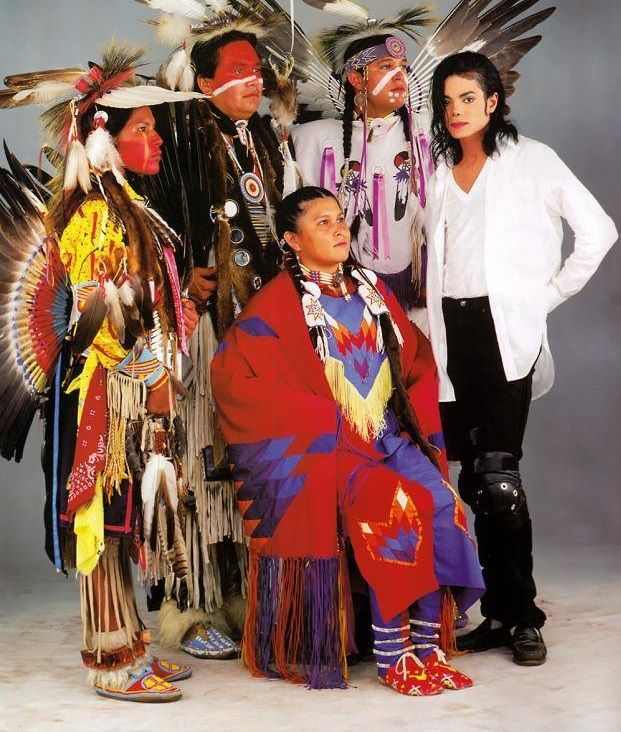 Singer Joanelle Romero performs in front of a makeshift memorial at the Michael Jackson´s family compound on July 6, 2009 in Encino, California: 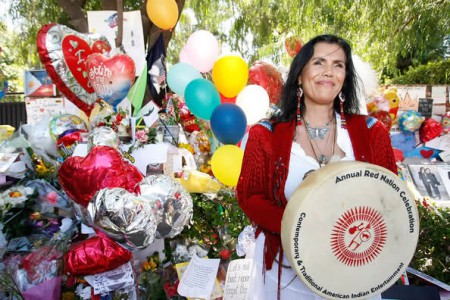 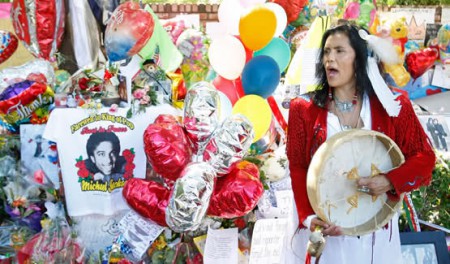 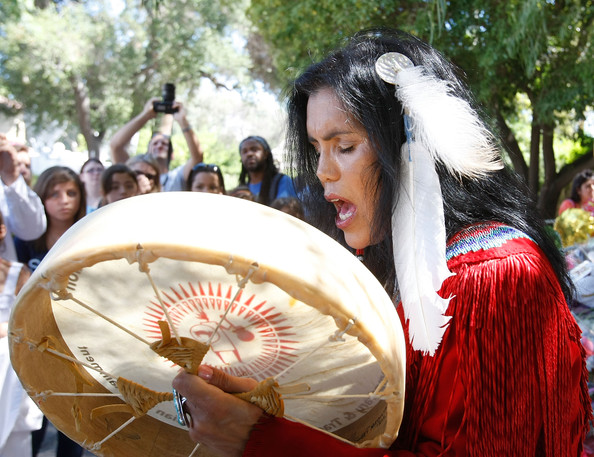 Joanelle Romero is a Native American humanitarian, filmmaker, actress, recording artist and entrepreneur. She is the founder of Red Nation Media, an internet and television channel. In 2007 she was designated a Women's History Month Honoree by the National Women's History Project.