"It was a visit to Senegal that made us realize how fortunate we were and how our African heritage had helped to make us what we were.  We visited an old, abandoned slave camp at Gore Island and we were so moved. The African people had given us gifts of courage and endurance that we couldn’t hope to repay.”

Michael Jackson in his book MOONWALK about first visit to an African country as a child in 1974, during Jackson 5 tour 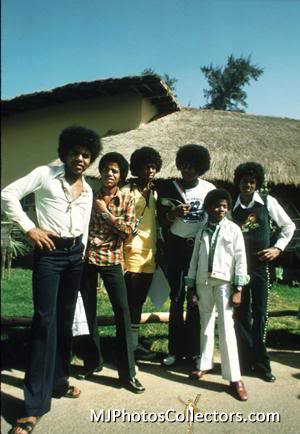 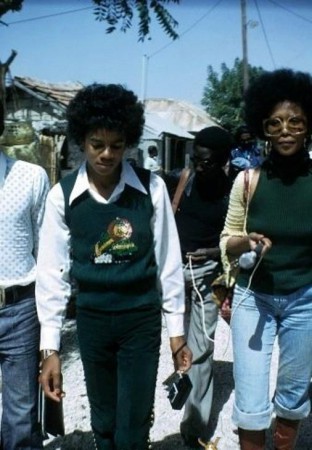 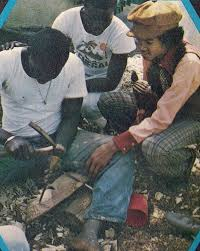 Ebony: You seem impressed by African art but what about African music and dance?
Michael: When we came off the plane in [Dakar, Senegal] Africa, we were greeted by a long line of African dancers. Their drums and sounds filled the air with rhythm. I was going crazy, I was screaming. I said, “All right!” They got the beat and they got the rhythm…. I just was so glad about the whole thing. This is it, I said. This is where I come from. The origin …
Ebony: You were obviously impressed by your musical roots, so where do you think the Africans derived their musical influence?
Michael: Music started with nature. Music is nature. Birds make music. Oceans make music. Wind makes music. Any natural sound is music. And that’s where it started… You see, we’re just making a replica of nature, which is the sounds we hear outside.
Ebony magazine interview,1984 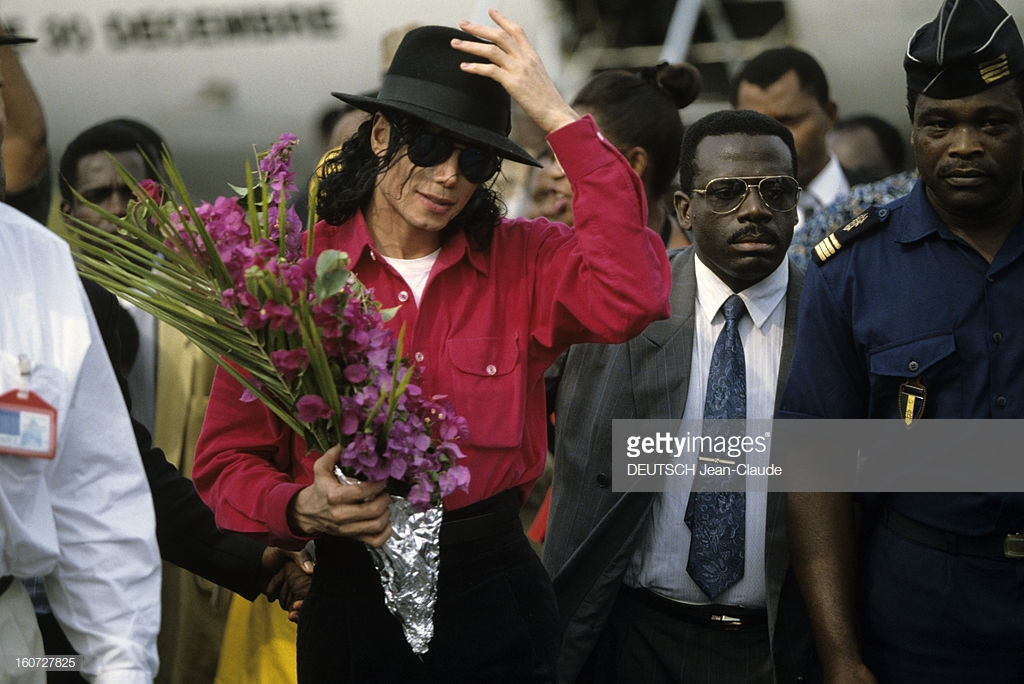 Michael Jackson Coronation - King of the Sanwi's in Krinjabo, Africa 1992

EBONY/JET: Do you have any special feeling about this return to the continent of Africa? Michael Jackson: For me, it's like the "dawn of civilization." It's the first place where society existed. It's seen a lot of love. I guess there's that connection because it is the root of all rhythm. Everything. It's home. EBONY/JET: You visited Africa in 1974. Can you compare and contrast the two visits? Michael Jackson: I'm more aware of things this time: the people and how they live and their government. But for me, I'm more aware of the rhythms and the music and the people. That's what I'm really noticing more than any thing. The rhythms are incredible. You can tell especially the way the children move. Even the little babies, when they hear the drums, they start to move. The rhythm, the way it affects their soul and they start to move. The same thing that Blacks have in America. EBONY/JET: How does it feel to be a real king? Michael Jackson: I never try to think hard about it because I don't want it to go to my head. But, it's a great honor.... EBONY/JET: Speaking of music and rhythm, how did you put together the gospel songs on your last album? Michael Jackson: I wrote "Will You Be There?" at my house, "Never Land" in California.... I didn't think about it hard. That's why it's hard to take credit for the songs that I write, because I just always feel that it's done from above. I feel fortunate for being that instrument through which music flows. I'm just the source through which it comes. I can't take credit for it because it's God's work. He's just using me as the messenger.... 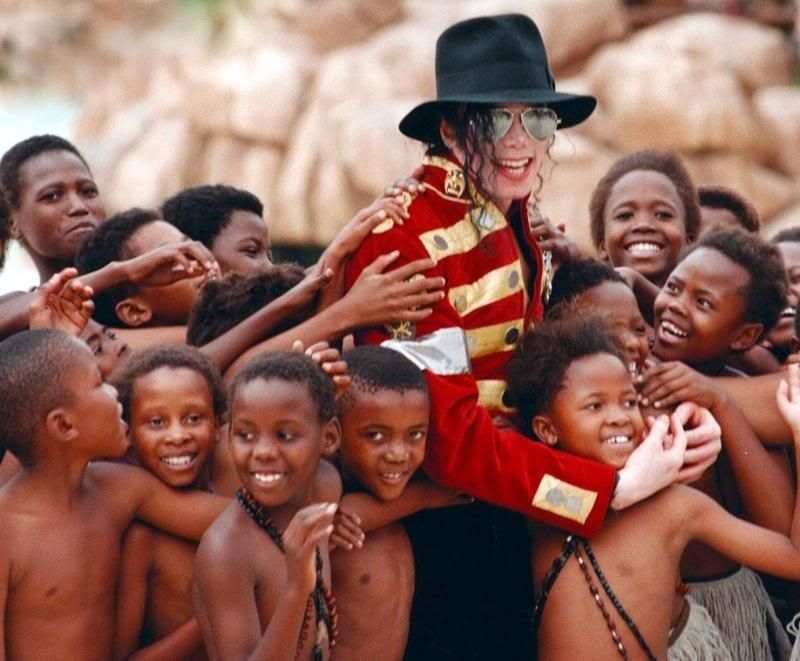 Michael Jackson receives the Diamond of Africa award from Ghana's President, Jerry Rawlings during a dinner at the Hotel Hilton in Beverly Hills, California, 1995 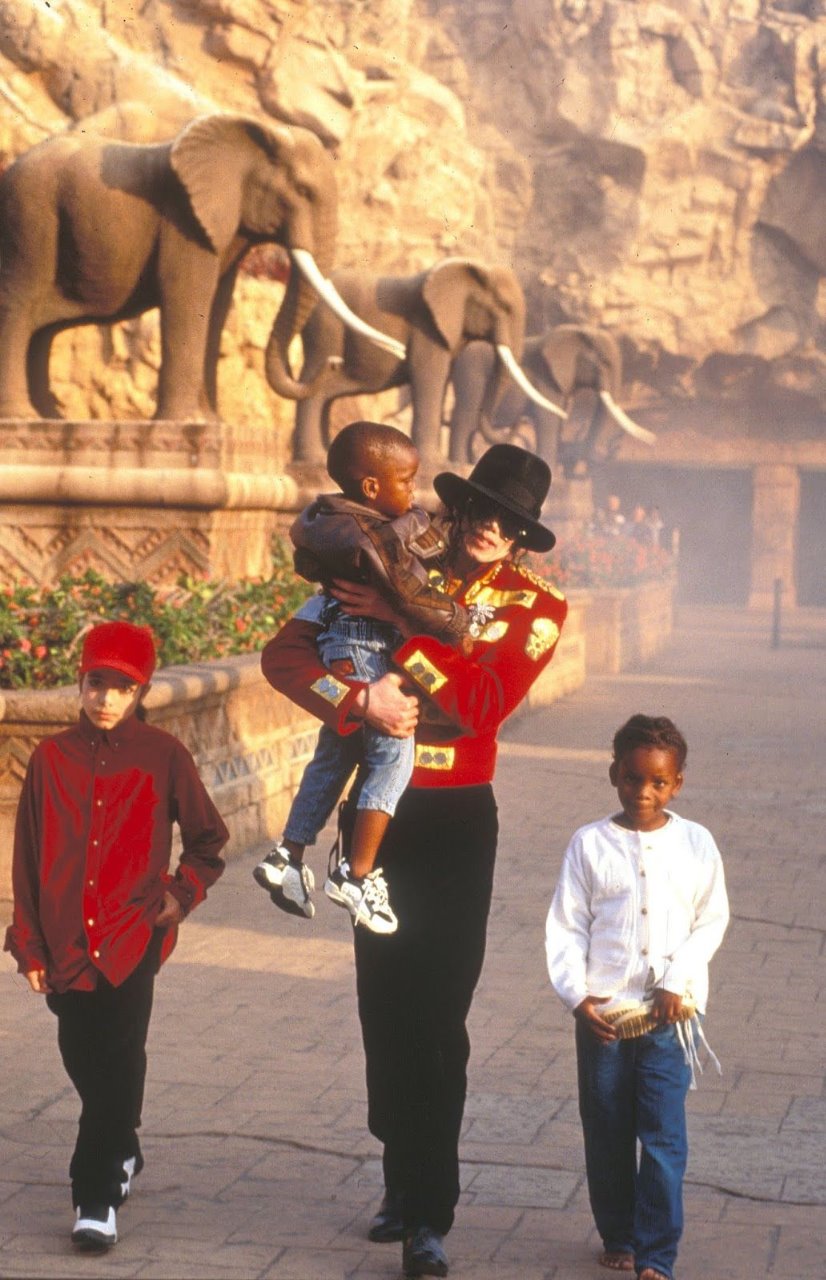 "In my heart, deepest of heart, I really love Africa and I love the people of Africa. That´s why, whenever I get the chance, the children and I, we jump on the plane and fly to Africa and we vacation there. I spend more of my vacation in Africa than in any other country. And ah, we love the people and we love the environment. Topographically, one of the most beautiful places on the surface of the Earth. They never show the sandy white sugar beaches, and it´s there! And they never show the beautiful, you know the landscaping, never show the buildings, the metropolis and urban; Johannesburg, Cape Town, Kenya, ur, you know the Ivory Coast ur, you know, Rwanda, how beautiful the place is! And it´s really stunningly beautiful! And I want to heighten that awareness with what I´m doing and it´s been my dream for many, many years. And everybody around me knows that, because I go there very much. The world is jealous of Africa for many centuries because it´s natural resources is phenomenal. It really is. And it is the dawn of civilization. The history, a lot of our bible history is right there in Africa. And King Tut, all those great civilizations; that is right there in Africa. Egypt is in Africa!!! And they always try to separate the two, but Egypt is Africa".

Kingdom of Sanwi, located in the south-east corner of the Republic of Ivory Coast in West Africa, crowned Michael Jackson as their king in 1992. Reciprocal visits by Michael Jackson and Amon N'Douffou IV were made to Krinjabo and Los Angeles respectively.

After Michael´s death in 2009 was held an elaborate two-day funeral.

Then, Jesse Jackson (no relation) was declared Prince in August of that year when he was crowned Prince Nana by Amon N'Douffou V, King of Krindjabo. Prince Michael Joseph Jackson, the eldest child of Michael Jackson was inaugurated via webcast as Prince Mikaeel Amalaman Anoh II Of the Ivory Coast Kingdom Krindjabo & Agni Empire on February 16, 2013. He was sworn in as the new health and well-being advisor and the new peace, youth and cultural ambassador of the Agni Empire by King Amon N'Douffou IV - Prince Mikaeel II Of Krindjabo, King Sani II of Sanwi, Senegal, Africa.

“Michael Jackson was proud to call Nelson Mandela his friend. Like millions of admirers around the world Michael drew inspiration from President Mandela’s courage, his fight for human dignity and his commitment to peace. During his visits to South Africa Michael met often with President Mandela, who described Michael as “a close member of our family.” - John Branca and John McClain, co executors of the Estate of Michael Jackson.

“He (Mandela) became a lamb in prison. He had no bitterness, to this day saying even though he is eighty and his youth is gone—because he was in prison so long—he doesn’t regret any of it.”  “He [Nelson Mandela] is sweet, very childlike.” “He [Nelson Mandela] loves children because when I went to see him I had some kids with me and people were saying the kids have to stay, but Michael Jackson can come. I said. “I’m sure Mr. Mandela wouldn’t mind seeing children. I won’t go in unless the children go too.” I remember his representatives looked at me like this [makes stern and suspicious facial expression] and they went back and then they said, “Everybody come.” The first thing Mandela did is run to the children and pick them up and hug them. I knew he was that kind of man and he loved them. He was talking to them and then he shook my hand. I knew I was right.” 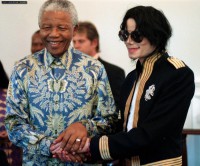