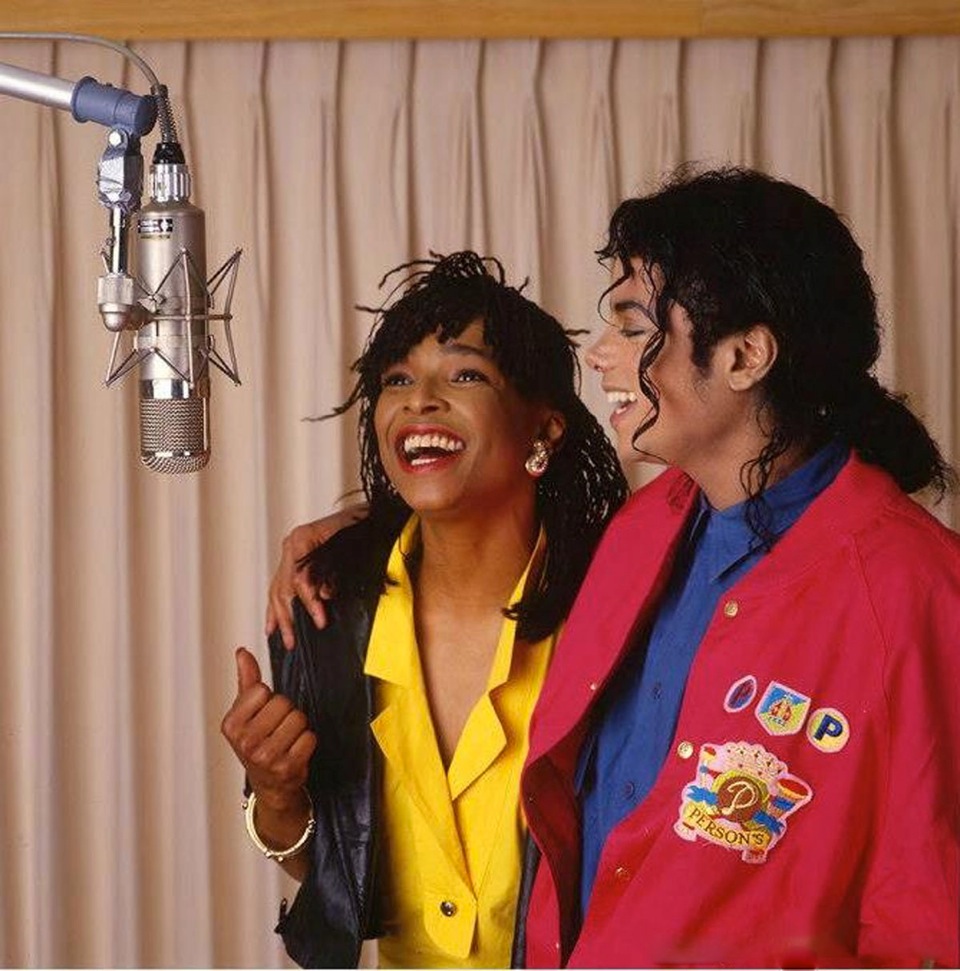 On the occasion of Michael Jackson’s 55th birthday celebration, my former music blog AuntBetty wanted to remember the King of Pop with a series of reports in his memory. On my part, I contacted Michael’s long-time friend and collaborator, Siedah Garrett. She wrote one of the most successful, beautiful songs in the history of American music, “Man in the mirror”; she’s Michael’s partner in the duet “I just can’t stop loving you”; she’s the amazing vocalist we all admired on stage with Michael during the Dangerous World Tour. What else? Grammy-winning and twice Academy Awards nominated, Siedah Garrett is a name Jackson’s fans and music lovers have come to know well and love for the last 25 years.Here’s the Q&A she agreed to grant me on that special occasion.

Q: What’s your first memory of working with Michael Jackson? A: I had been a Jackson 5 fan my entire life. In fact, during my childhood, Michael Jackson was my play husband. I began to love Michael when he became a solo artist, and I really fell in love with him when he decided to record my song. It was then that I realized that he was more socially conscious than anyone had given him credit for. When I met MJ, I remember him being really down-to-earth. He was so cool, so unexpectedly approachable. He was very serious about his craft, but, when not working, he was fun, relaxed, engaging, ridiculously creative, extremely aware of world issues, and a true artist in every sense of the word. He seemed to take to me because I was myself when around him, not phony or intimidated. He would constantly say to me, “You so crazy!” In fact, he created a pet name for me, Miss Gayrree.

Q: How did the song Man In The Mirror come to life? A: Two years before I wrote the song, I was in a writing session with composer John Beasley. In the heat of our session, he decided to answer an incoming call, and responded as if he really wasn’t busy at all. I was seething. I then heard him say ”The man? What man? Oh, the man in the mirror.” That phrase stuck in my mind, and I wrote it down in my lyric book of random ideas. Two years later, I was signed to Quincy Jones as one of his songwriters, and Q called us together to describe the type of song they needed to complete MJ’s BAD album. I later got together with my main writing partner at the time, Glen Ballard, and as he began to search for sounds on his keyboard, I began to flip through my lyric notebook for a random idea. The phrase “Man In The Mirror”, which I had written in the book two years earlier, just popped out at me. I began writing on that theme, and the lyrics began to flow. Within 15 minutes we had the first verse and the chorus of the song. We split up to work on our respective assignments, Glen the music and me the melody and lyrics, and two days later we completed the demo.

Q: What was Michael’s approach to the song when he first heard it? A: After Michael and Quincy accepted “Man In The Mirror”, Michael wanted to record it in a lower key more comfortable for him, and Quincy called me to come to the studio to re-record the song. When I met MJ, I remember him being really down-to-earth. As I re-sang the demo in the new key, Michael was holding a video camera recording my performance. When I asked him why, he responded that he loved my voice and my energy, and that he wanted to sing it just like me.

Q: You have shared so many special moments with Michael in your life, from the “I Just Can’t Stop Loving You” duet to the Dangerous Tour. Which is the one you cherish most? A: It had to be the experience of watching MJ perform “Man In The Mirror”, pouring his heart, his energy, his very life into the song. It is the dream of every songwriter to create music that will resonate inside people’s hearts and have a positive impact on their lives. I feel more than blessed and honoured to have the world’s top superstar be the voice of my song, and to have had affected so many people in this way.

Q: We know Michael had a great sense of humour and was the guy next door with the people he trusted. Any funny moment with Michael you remember? A: While in the studio recording our duet “I Just Can’t Stop Loving You”, Michael recorded his part, but when it came to me singing my verses, he began tossing popcorn in my face in an effort to make me mess-up. Producer Quincy Jones, not seeing this, began to chastise me for flubbing the takes. Michael, on the other hand, was just CRACKING UP!

Q: How did it feel to go on tour with Michael? A: I toured with him for 16 months on the Dangerous World Tour. I originally began rehearsing for the earlier Bad tour, but, because of the success of “I Just Can’t Stop Loving You”, was convinced by my record label to pull out and focus on making a solo album. Michael was a perfectionist, and very detail-oriented. He insisted on giving his fans exactly what they heard on the album, and more. However, for his band members, we would grow a little weary of doing the exact same thing every night. During one show, I decided to surprise Michael by appearing on-stage wearing a blond wig to sing our duet. Michael was initially taken aback, but then was amused, and couldn’t stop laughing on stage. MJ taught me everything that I know about performing. I believe that Michael and I had a special chemistry on stage and it was evident to all of his fans. They still tell me so. Watching him every night on stage was absolutely amazing. Also being able to see the world at the highest level possible. It was almost like traveling with Jesus. Also, he once told me that the happiest he ever is in life is when he is on-stage performing.

Q: When was the last time you saw or heard from him? How did you feel when you learned he had passed away? A: I hadn’t spoken to him in 17 years. I didn’t really reach out to him, not until 2009 when I knew he was making plans to go back on tour. I caught up with him on the phone during the Michael Jackson week on American Idol, four weeks before he died. He congratulated me on my Grammy win and Oscar nomination. I later saw him at his tour audition three weeks before he died. I was home in my kitchen making lunch when I heard the news on the radio. I called a fellow MJ alumnus to question whether it was real or a hoax, but then shortly found out that it was the truth. I was devastated, physically and emotionally.

Q: What would you tell him if he was still alive? Whenever we were on-stage performing the duet “I Just Can’t Stop Loving You”, it was like Michael was singing it to me. So, I wanted to write a response to him that describes how I felt about him, what a difference he has made in my life, and how much I appreciate the opportunities he afforded me. So, I share my feelings about my life and experience with Michael in my tribute song to him, entitled “Keep On Lovin’ You”. The first verse goes: “I know I was nervous. If you were feeling nervous too, I didn’t have a clue. Cause you were the real thing, and I found it so refreshing you turned out to be so cool. I remember like yesterday, everything you showed me, and all the things you used to say. I loved you then, and I love you still. Guess I always have, and always will, for the rest of my life.”

Thank you Siedah for sharing these touching, heartfelt memories with us. 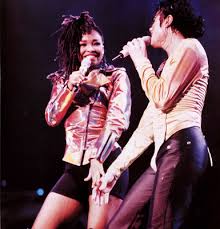 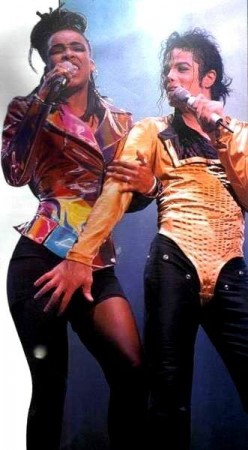 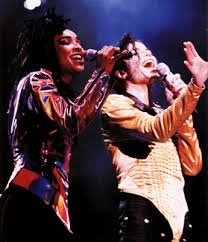 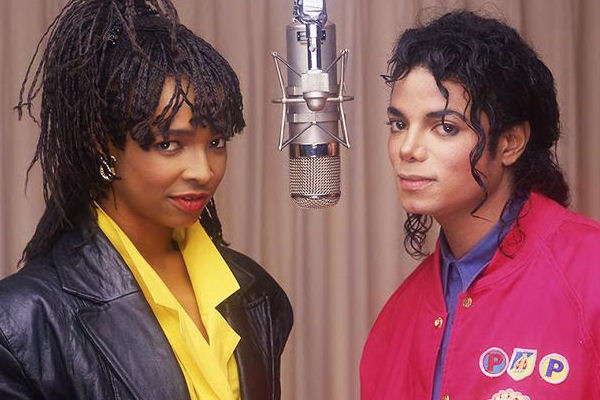