He was such a sensitive guy that when we would go out to dinner -- he was a vegetarian -- he would apologize to each vegetable before he ate it. He ordered steamed vegetables and he literally would say, "I'm sorry, Mr. Carrot" and "I'm sorry, Mr. Broccoli." He was so empathetic to other people and all living things -- that's really what I remember most about Michael, even more than his dancing and singing. When you talked to Michael, you really felt he was feeling what you were feeling. I remember one night doing a recording session for "Ease On Down the Road," and Quincy [Jones] was in the studio laying down the tracks. Michael was there with Diana, and Diana was singing her part, and then it was like "OK, Michael, let's bring in your part." Michael did a riff from "Ease on Down the Road" in that sweet angelic voice, and Quincy's eyes just lit up -- I'll never forget it. It was like watching a leopard looking at a goat. Quincy was just like, "What?" And from that moment on, those two were united, and soon they went on to do "Off The Wall" together and then "Thriller," and it was all started there in that moment. He loved New York City. We got him and La Toya an apartment on Central Park West and sometimes I'd pick him up or drop him off and I'd always notice tons of crates of Perrier water. I said, finally, "Michael, what's with all the Perrier?" And he said, "I like to bathe in it. I like the bubbles." Every once in a while I'd get him to come out with me to Studio 54 on a weekend night, and we'd always go with a big group of fashion models and he would get out there and dance and just ignite the place. He already had those moves, you know? He didn't just invent them for his videos. He didn't go as far with it back then, but he did the spins and the moonwalk, a little Fosse, a little Astaire. He had no idea the effect he already had on people. We'd get back in the limo with him at the end of the night and I'd say, "Michael, you know you could go home with this girl, or you could go home with that girl. Why don't you take some of these girls home with you?" And he'd say, "Really, you really think they like me?"
Film director Rob Cohen met Michael Jackson in New York in 1978 while producing "The Wiz," the film version of an all-black Broadway production of "The Wizard of Oz" starring Diana Ross 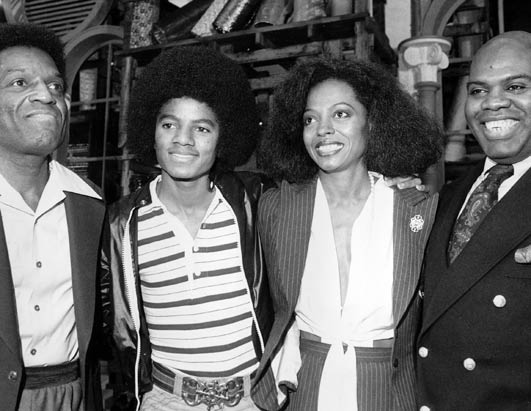