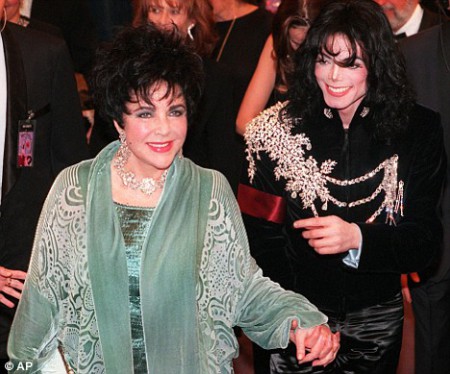 “I don´t think anyone knew how much we loved each other. The purest, most giving love I´ve ever known.”
- Elizabeth Taylor after Michael´s death
“Elizabeth Taylor and I.. we’re like brother and sister, mother and son, lovers… it’s a potpourri.. it’s something very special.”
- Michael Jackson
“Elizabeth Taylor is a warm cuddly blanket that I love to snuggle up to and cover myself with. I can confide in her and trust her.”
- Michael Jackson
“But Elizabeth is also like a mother – and more than that. She’s a friend. She’s Mother Teresa, Princess Diana, the Queen of England and Wendy.
We have great picnics. It’s so wonderful to be with her. I can really relax with her, because we’ve lived the same life and experienced the same thing.”
- Michael Jackson 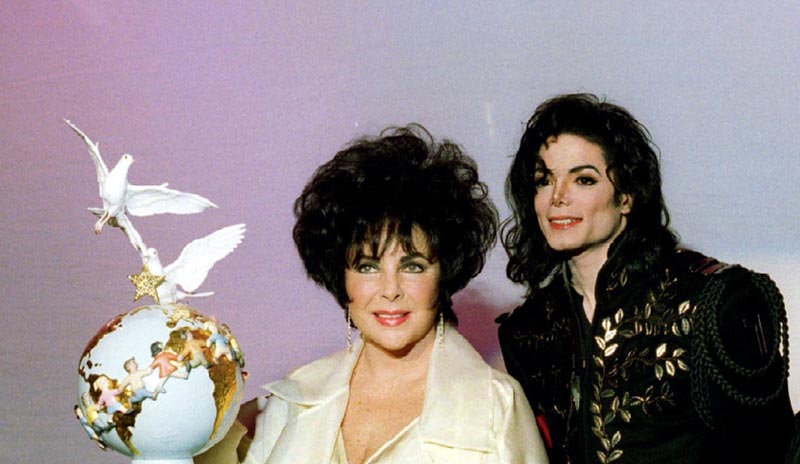 "I love you. It´s obvious why I love you. I think you´re one of the finest people that has hit this planet. I am not sure where are you from. I think maybe Mars and angels came down invaded your body the way it moves.... I don´t know."

“Elizabeth Taylor is gorgeous, beautiful, and she still is today.. I’m crazy about her.”
– Michael Jackson
”I will always love Michael from the depth of my being and nothing can separate us.”
- Elizabeth Taylor
“Elizabeth’s friendship is like the perfect jewels she owns.. indestructible and eternal.”
- Michael Jackson 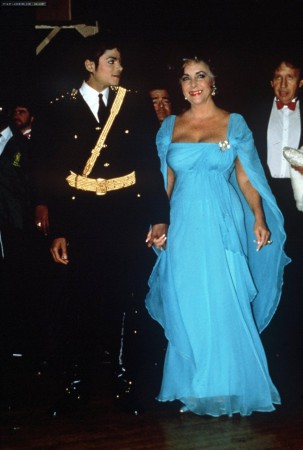 Did Michael propose to Liz Taylor or didn’t he? “No he didn’t. And no, there’s no shrine to her in his house. Yes they are very good friends. They dine together occasionally and visit.” Frank Dileo, People, September 1987 I love Elizabeth Taylor. I’m inspired by her bravery. She has been through so much and she is a survivor. That lady has been through a lot and she’s walked out of it on two feet. I identify with her very strongly because of our experiences as child stars. When we first started talking on the phone, she told me she felt as if she had known me for years. I felt the same way. MJ in his book Moonwalk, 5th April 1988 “I know some of the pain Michael goes through. I’ve been there. It takes, I think a fellow sufferer, a fellow survivor, to understand.” “He is honesty personified,” says Taylor. “And he is so giving that at times there is very little to protect that beautiful inner core that is his essence.” Elizabeth Taylor interview, 1988 “I have absolute faith and trust in Michael’s abilities. I think they’re much larger than anyone has dreamt of. I think he’s going to be one of the great superstars of all time. I think Michael appeals to the child in all of us and I think he has the quality of innocence that we would all like to obtain or have kept. And there’s a quality about Michael that is so rare and you… he is E.T. He’s not really of this planet. (smiles) I love you, Michael.”

“When I hear the name Michael Jackson, I think of brilliance, of dazzling stars, lasers and deep emotions. I adore Michael Jackson. I think he is one of the world’s biggest and greatest stars, and it just so happens that he’s one of the most gifted music makers the world has ever known. What makes Michael more unique may be the fact that all of his accomplishments, his rewards, have not altered his sensitivity and concern for the welfare of others, or his intense caring and love for his family and friends, and especially all the children the world over. I think Michael is the litmus paper. He is always trying to learn. He is so intelligent and he is alarmingly bright. He is also very curious and wants to draw from people who have survived. People who have lasted. He’s not really of this planet. He is filled with deep emotions that create an unearthly, special, innocent, childlike, wise man that is Michael Jackson. I think Michael appeals to the child in all of us, and I think he has the quality of innocence that we would all like to obtain or to have kept. He has one of the sharpest wits, he’s intelligent and he’s cunning – that is a strange word to use about him, because it implies deviousness and he is one o the least devious people I have ever met in my life – he is honesty personified – painfully honest – and vulnerable to the point of pain. He is so giving of himself that, at times, he leaves very little to protect the beautiful inner core that is the essence of him. That is the thing that I love so much about him and that makes the world identify with him in the way it does. Michael Jackson is, indeed, an international favourite for all ages, an incredible force of incredible energy. In the art of music, he is a pacesetter for quality of production, in the vanguard for high standards of entertainment. What is a genius? what is a living legend? What is a megastar? Michael Jackson, that’s all. And just when you think you know him, he gives you more. . . I think he is one of the finest people to this planet, and, in my estimation, he’s the true King of Pop, Rock and Soul.”

"Michael and I love each other like a brother and sister. The press depicts him as a weirdo. They couldn’t be more wrong. He’s a paradox. A brilliant businessman — and a beautiful pure soul, instinctive and unscathed. A dreamer who makes things happen."

Elizabeth Taylor about Michael in an interview about her wedding to Lary Life magazine, Volume 15, 1992

“He’s a very sensitive, very vulnerable, very shy person. Elizabeth about Michael in 1993 Oprah: Liz Taylor said you were king of pop, rock and soul. Where did this notion that you proclaimed yourself king of pop come from? Michael: Well I didn’t proclaim myself to be anything, I’m happy to be alive, I’m happy to be who I am. King of pop was first said by Elizabeth Taylor on one of the award shows. (the clip of Elizabeth from 1989 saying this is shown) Oprah: And that’s where this all started? Michael: Yes…and the fans…all the stadiums that we played at they’d bring banners saying king of pop and they chanted outside my hotel king of…so it became something that just happened all over the world. […] Oprah: I heard too, this was another one of those rumors, that you had proposed to Elizabeth Taylor at some point. Michael: Elizabeth Taylor is gorgeous, beautiful, and she still is today, I’m crazy about her. Oprah: Yeah, but did you propose to her? Michael: I would like to have. Oprah: Well, Elizabeth Taylor is here. Liz? Can we bring Liz out now? Liz had said she wanted to be here and hold your hand through this. You don’t look like you need your hand held. Elizabeth Taylor! Michael: Hi Elizabeth. Oprah: Hi. Elizabeth: Hi. Oprah: Have a seat. Elizabeth: Thank you. Oprah: Did Michael ever propose to you? Elizabeth: No! And I never proposed to him. Oprah: Never did! What do you think is most misunderstood about Michael Jackson? Elizabeth: All the things you mentioned. He is the least weird man I have ever known. He is highly intelligent, shrewd, intuitive, understanding, sympathetic, generous – to almost a fault, of himself. Oprah: Uh huh. Elizabeth: Uh, and he just, if, if he has any eccentricities it’s that he is like larger than life and some people just cannot accept that or face it or understand it. His talent on stage, why I call him the king of pop, rock, soul, music, enetertainment, whatever… Oprah: Yes Elizabeth: …there’s nobody that can come near him. Nobody can dance like that, write the lyrics like that, the music, uh, cause the kind of excitement he does. Oprah: And why do you think you all are such good friends? What has brought about this kind of bond? Because people try to make this weird. Elizabeth: Well it’s not. I mean our childhoods are very similiar, and we had that from the very beginning in common. Um, I was a child star at nine, had an abusive father, um, and that kind of brought us together in the very beginning. Oprah: And what is it, I am going to ask Michael this question later on, but what is it you most want the world to know about him? Elizabeth: What a wonderful, giving, caring, generous man he is, and how good he is. Oprah: And he’s funny too. Elizabeth: Oh, he’s wildly funny. Oprah: He can crack some jokes, I tell you. Elizabeth: Yes, but he is a good man. Oprah: When we come back – Thank you for joining us too – Elizabeth: That’s fine. Oprah: Cause I know you did not want to be on camera at first, but thank you

Elizabeth Taylor and Michael Jackson: A tribute to a special Friendship 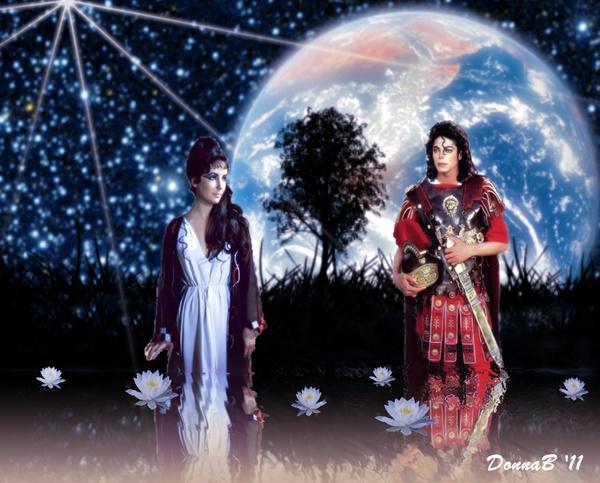 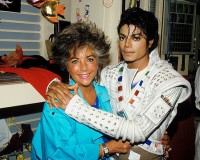 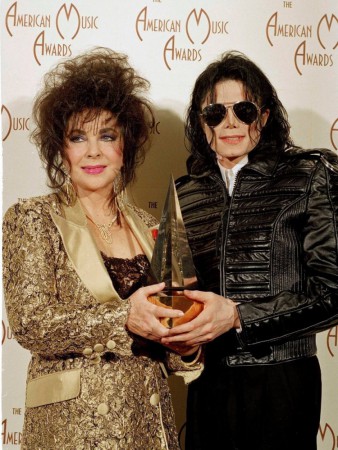 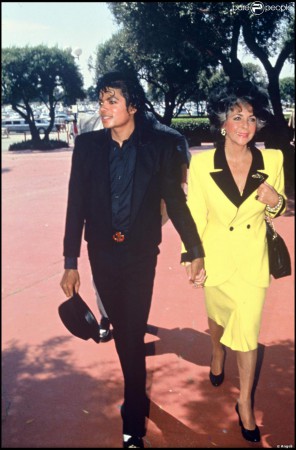 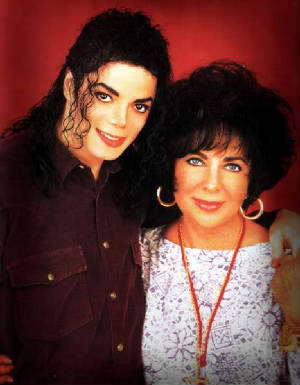 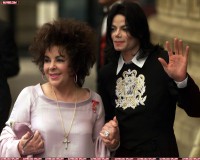 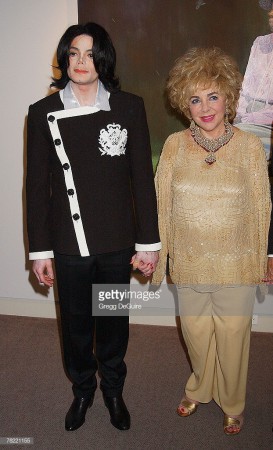 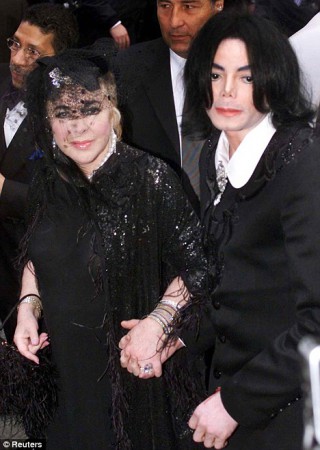