Caribou Ranch was a recording studio built in the Rocky Mountains by Grammy award-winning musician and producer James William Guercio. During its tenure, the studio hosted over 178 musicians and produced 45 top ten albums, 18 Grammys and 20 number-one Billboard Hits.

Caribou Ranch is being inducted into the Colorado Music Hall of Fame in 2015 along with Joe Walsh & Barnstorm and Dan Fogelberg. Featuring over 400 lots, the auction and public exhibition will be held at the Denver Design Center and includes studio instruments, memorabilia and ranch furnishings.

It was in 1984, when Jackson was in the midst of The Jacksons’ Victory Tour throughout the United States in Canada, that he came to Colorado to play a show at Mile High Stadium in Denver. This was perhaps the peak of his career, as he was the most heavily publicized musician in the world at the time.

Michael had just turned 26 years old, and in the past year, he had introduced the world to moonwalking, had his hair catch fire on the set of a Pepsi commercial, paid a visit to Ronald Reagan in the White House, and co-wrote “We Are the World” with Lionel Richie. Needless to say, it was a busy year for Jackson who was still just beginning his adult life. While he had certainly grown up in the spotlight, he was having trouble adjusting to this new, exponentially larger level of fame.

This was also just after the time that Michael had visited the doctor who diagnosed him with vitiligo, which would mean his skin pigmentation would begin deteriorating over time and he soon would not be able to spend time outdoors in the sunlight. Contrary to popular belief, Michael did not bleach his skin, but only applied sunscreen and other skin care products to protect his skin from the sun. He did apply makeup as time went on to hide the splotches in his skin.

For all of these reasons, Michael decided to choose Caribou Ranch as his escape from the hectic nature of the tour and his life, secretly moving his entire staff from the Fairmont Hotel to Park Suite in Denver where he would then be shuttled back and forth to the ranch. 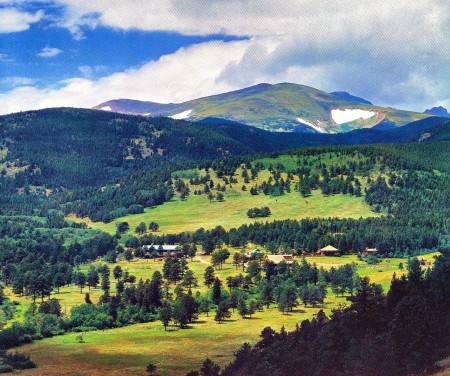 During his stay, Jackson took part in the many different outdoor activities available at the ranch, savoring every moment of them with a newly formed gratitude. Caribou Ranch owner, James Guercio, gave Michael a three-wheeled Honda all-terrain vehicle for exploring the open space around the ranch. He also did his fair share of horseback riding and hiking and recorded songs for his upcoming album, “Bad,” in the Caribou Ranch studio at night.

"He rehearsed every day that he was at the ranch. He had a strenuous exercise program, a personal chef, and was in top form. He was not used to being able to go outside without bodyguards. It was a freedom for him that he was unaccustomed to at that stage of his career," said James Guercio, Caribou's founder.

It is believed that Michael Jackson’s stay at the Caribou Ranch in Nederland, Colorado was the inspiration behind the development of his Neverland Ranch just four years later. After experiencing the one-of-a-kind solitude that the ranch nestled in the Rocky mountains offered, he knew that he wanted a place of his own where he was free to escape adulthood and the constant onslaught of media.

Many of the items from Michael’s visit to the Caribou Ranch became important elements of music memorabilia. The Baby grand piano that was used by Michael, as well as Elton John, was sold at auction for $52,500 as well as the parka he wore during his time outdoors and the Honda ATV he rode around the ranch.

We hope that you’ve enjoyed looking back on this incredible time in music history when the King of Pop paid a visit to the iconic recording studio at the Caribou Ranch. While the Michael Jackson memorabilia has been sold at auction, you can find a variety of other incredible music apparel and rock and roll memorabilia in our online museum shop! 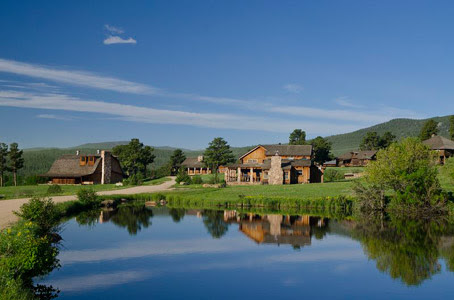