On January 27th 1984, Michal Jackson was at the Shrine Auditorium in Los Angeles, filming the Pepsi spot in front of fans. A pyrotechnic malfunction ignited the singer's hair, and handlers rushed to his aid. The incident left Michael with second or three-degree burns on his scalp. 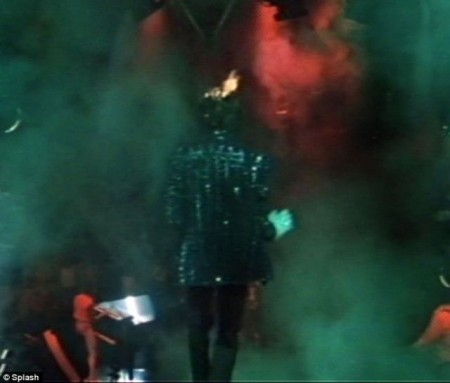 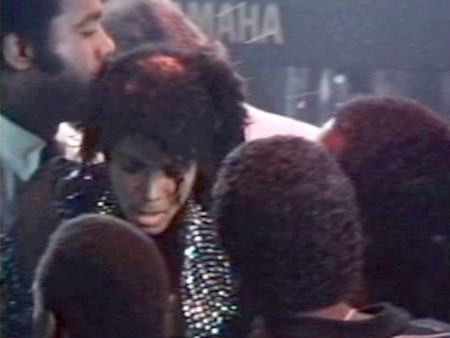 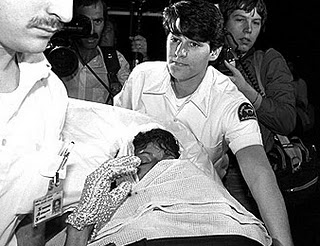 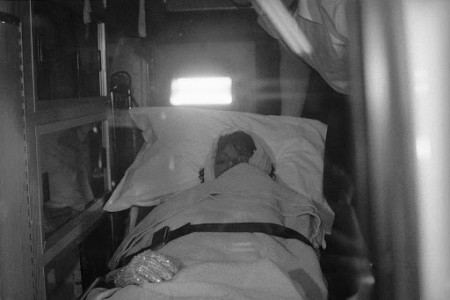 "The reason for the fire was stupidity, pure and simple. We were shooting at night and I was supposed to come down a staircase with magnesium flash bombs going off on either side of me and just behind me. It seemed so simple. I was to walk down the stairs and these bombs would blow up behind me. We did several takes that were wonderfully timed. The lightning effects from the bombs were great. Only later did I find out that these bombs were only two feet away from either side of my head, which was a total disregard of the safety regulations. I was supposed to stand in the middle of a magnesium explosion, two feet on either side.

Then Bob Giraldi, the director, came to me and said, "Michael, you're going down too early. We want to see you up there, up on the stairs. When the lights come on, we want to reveal that you're there, so wait ."

So I waited,the bombs went off on either side of my head, and the sparks set my hair on fire. I was dancing down this ramp and turning around, spinning, not knowing I was on fire. Suddenly I felt my hands reflexively going to my head in an attempt to smother the flames. I fell down and just tried to shake the flames out. Jermaine turned around and saw me on the ground, just after the explosions had gone off, and he thought I had been shot by someone in the crowd - because we were shooting in front of a big audience. That's what it looked like to him.

Miko Brando, who works for me, was the first person to reach me. After that, it was chaos. It was crazy. No film could properly capture the drama of what
went on that night. The crowd was screaming. Someone shouted, "Get some ice!" There were frantic running sounds. People were yelling, "Oh no!" The emergency truck came up and before they put in I saw the Pepsi executives huddled together in a corner, looking terrified. I remember the medical people putting me on a cot and the guys from Pepsi were so scared they couldn't even bring themselves to check on me.

Meanwhile, I was kind of detached, despite the terrible pain. I was watching all the drama unfold. Later they told me I was in shock, but I remember enjoying the ride to the hospital because I never thought I'd ride in an ambulance with the sirens wailing. It was one of those things I had always wanted to do when I was growing up. When we got there, they told me there were news crews outside, so I asked for my glove. There's a famous shot of me waving from the stretcher with my glove on.

Later one on the doctors told me that it was a miracle I was alive. One of the firemen had mentioned that in most cases your clothes catch on fire, in which case your whole face can be disfigured or you can die. That's it. I had third-degree burns on the back of my head that almost went through to my skull, so I had a lot of problems with it, but I was very lucky."

Michael Jackson in his book Moonwalk 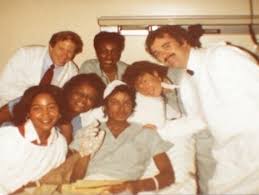 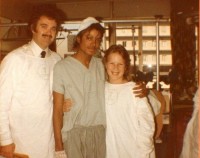 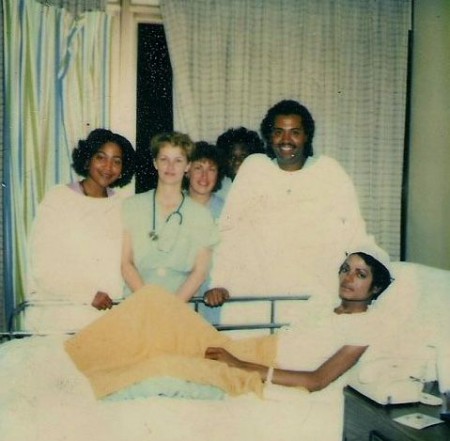 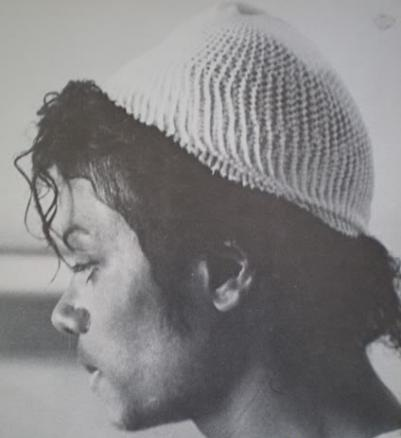 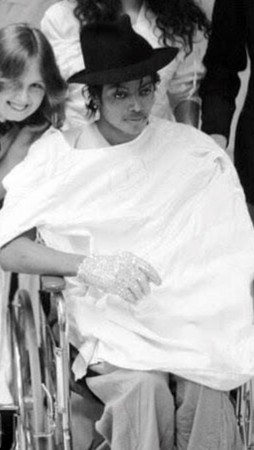 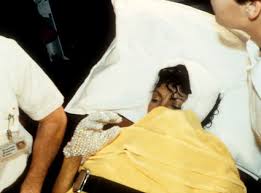 KING: That was the Pepsi fire, right?

KLEIN: Yes. But then what happened is he used a great deal of what are called tissue expanders in his scalp, which are balloons that grow up — blow up the scalp. And then what they do is they try to cut out the scar.

Well, because he had lupus, what happened is every time they would do it, the bald spot would keep enlarging.

So, I mean, he went through a lot of painful procedures with these tissue expanders until I put a stop to it. I said no more tissue expanders, because he had to wear a hat all the time and it was really painful for him. LEIN: Well, he had a big raised ball on the top of his head because of this device. It would expand the tissue, which you cut out.

But (INAUDIBLE) would you — (INAUDIBLE) too much stretch back in the scar, you understand? KING: Did you see him one other time? KLEIN: Of course I did. But he would have a stretch back on the scar. I mean the scar would get worse after they removed it.

And I had to put a stop to it. So I told Michael, we have to stop this. And that’s when I fired this plastic surgeon altogether.

And I said I can’t deal with this anymore. We’re going to deal with me as your doctor or you’re going to have to find another doctor if you want to work with him.

"When they were trying to repair that burned spot, he had a balloon under his scalp that was inflated..He let me feel it. It was a huge mound. As the skin got stretched, they cut it out and stitched the scalp. He was in excruciating pain."

"He started pain medication when a surgeon tried to repair the section of scalp that was no longer growing hair years later. He was forced to go on tour b4 he was out of pain as the nerve endings were healing. No one said his scalp “completely healed”."

While he was in hospital, he cared about other patients, visited them, and later build a unit for treating them: 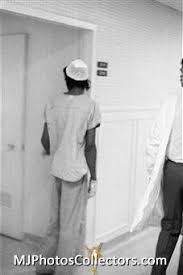 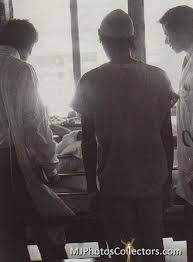 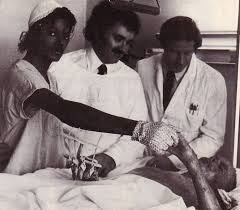 Rare picture behind the scenes of Pepsi's 1984 commercial, taken by Michael Leshnov before the start of shooting: 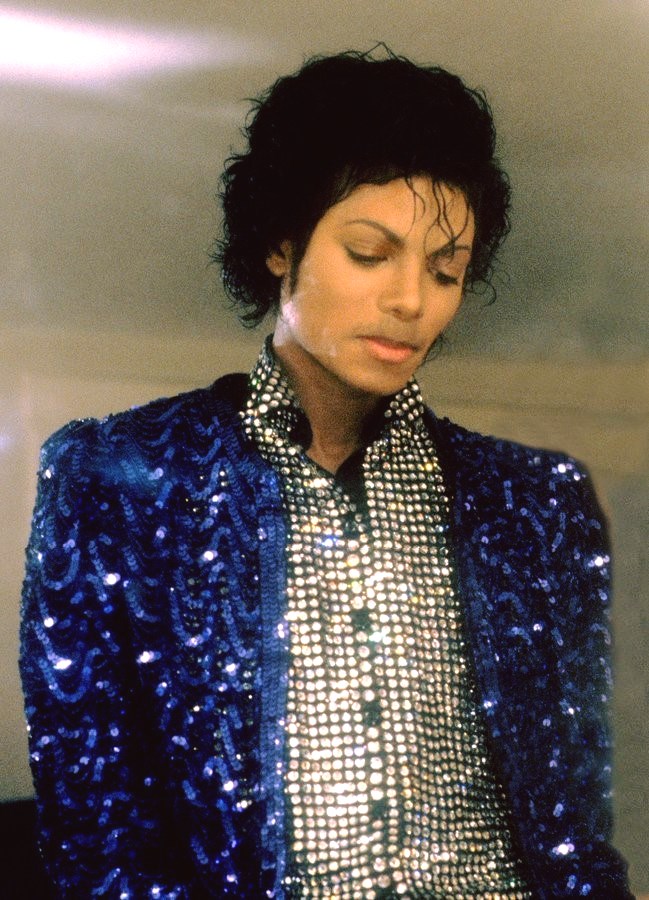 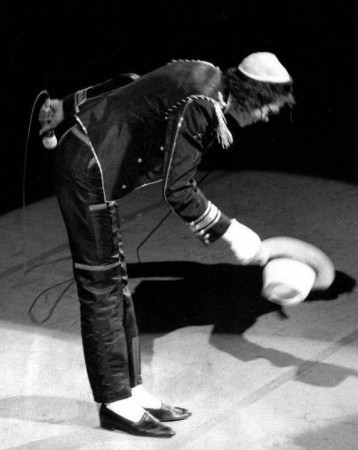 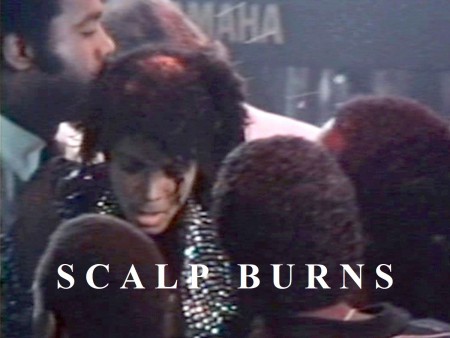