Michael Jackson in his book Dancing The Dream

"Fred Astaire told me once: Michael Jackson can´t dance, he is the dance." 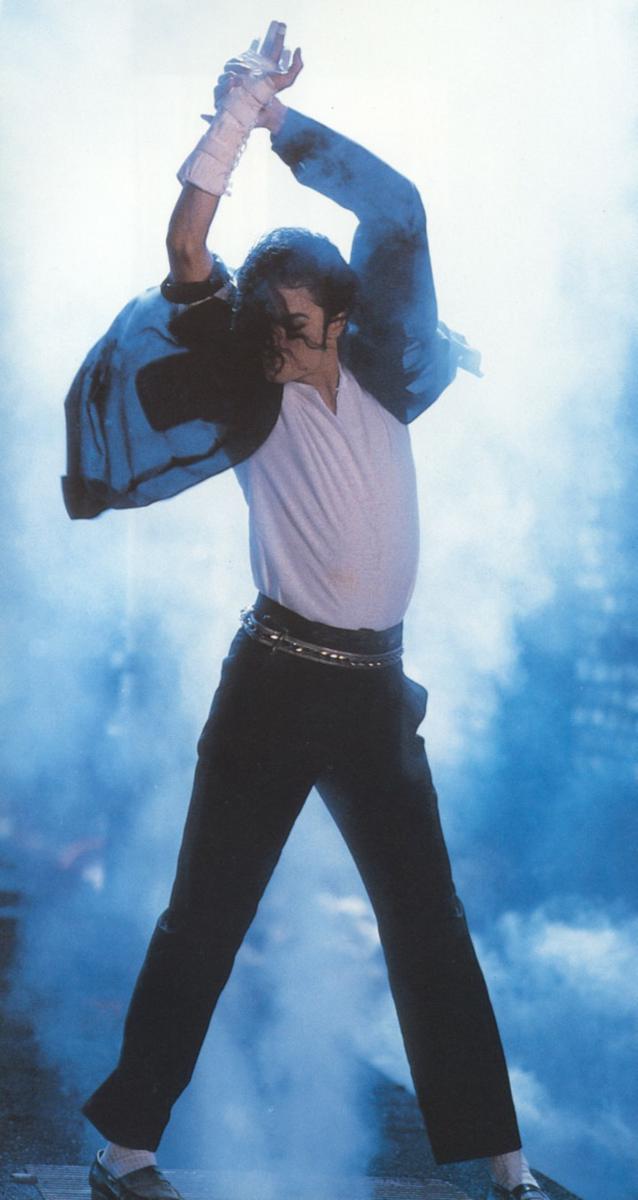 "When Michael Jackson danced, every cell in his body danced. Every molecule and atom danced."

"When Michael Jackson would hit the stage, that was no longer MJ, that was God manifesting himself in the ethereal realm.

"Michael Jackson in dance is a subject as vast as space. I can’t talk about it without touching on global issues of the art of dance, but I will try to bring it all together as much as possible – to gather all of the elements I see as facets of something larger, something whole, so we can try to see the entire picture.…

For me, dance is a global phenomenon, the most sacred and purest art, only matched perhaps by music, poetry, and fine art. The rest is derivative, like the branches of a large spreading tree grown from just one seed. Dance is pure inspiration born in the center of the Universe, expressible through numerous artistic forms and manifestations. Dance is visual music and non-corporeal emotion on a material level; it is spiritual energy creating all existence. This is how I have seen it since my childhood, in the form of feelings, and I will try to explain all this in words... continuation of the article called The Dancer of the Dream "

"He was a dancer. He felt rhythm in the music. Even when he was writing it, he moved his body like a drummer or like a symphony or like a violin. He just had rhythm in his body."

"He takes a step that you've been doing and then by the time he switches it around, you don't even recognize it. There is nothing new about thrusting your hips out, but when he does that with quick moves, the high kick out and that slow back-up step he does, people say, 'Jeez, what is he doing?' And he never lays on a move long enough for you to figure it out. I'm sure if he worked with Nureyev or Baryshnikov, he would come close to that level. Can he tap dance? I don't know. But then again I'd hate to leave my dancing shoes in his vicinity."

"He dances with the breathtaking verve of his predecessor James Brown, the beguiling wispiness of Diana Ross, the ungainly pathos of Charlie Chaplin, the edgy joy of a man startled to be alive."

"I love the whole world of dance, because dancing is really the emotions through bodily movement. And however you feel, you just bring out that inner feeling through your mood. A lot of people don´t think about the importance of it, but there´s a whole psychological thing to just letting everything loose. Dancing is important, like laughing, to back off tension. Escapism… it´s great.“

"Moving body is an art. Dance is the true expression of emotions by body movements. It's a wonderful thing to be on the floor, but feel free yet inexplicably, literally in the higher realms and do what you want ... It is an escapism, a way to get away from everything and just move your body to let all tension and pain to come out."

"When I see him dance and sing, it touches me, like a spirit; it moves me inside, sort of like the Holy Ghost. But it's more than singing and dancing; he manages to touch your soul."

"No one will be able to replace him. But I know that the light that he emanated from the stage will live on with all of us who saw him for what he was and always will be - a great teacher, pure musical inspiration."

"When Michael Jackson is singing it’s with an angel-voice and when his feet move you see God dance." Sir Bob Geldof, irish musician, expert for Africa

"Before I took this, I wanted a dance photo. He was reluctant to dance as he does on stage until I asked everyone in the room to leave. Then he danced for 45 minutes, it was unbelievable. I totally sweated clothes." Annie Leibovitz, photographer (1992)

"I would just get up and do my thing, but every so often I would look up and be dazzled by how naturally and how fluidly he worked. He was genuinely great to witness in person. He could have 80 people onstage all doing the same dance move, but he was the one guy who had that natural flow that nobody could match."
Slash

Question: "I've always wanted to know, how do you come up with a dance move, and how long does it take for you to put the choreography for a song together?"

Michael Jackson: "I pretty much just get in a room and I start to dance, and uh, I don't create the dance, the dance creates itself, really. You know, I'll do something and I'll look back... I'll look back on tape and I'll go, "Wow," I didn't realize I had done that. It came out of the drums. You become.... Dancing is about interpretation. You become.... You become the accompaniment of the music. So when you become the bass of Billie Jean, I couldn't help but do the step that I was doing when the song first starts, because, uh, that's what it told me to do. You know, if I turn around, spin, stop, move my legs to the side and then lift up the collar of my shirt, that's for that moment is an accompaniment."

"On stage Michael wanted all the attention focused on his movements. He wore black ankle-length trousers, white crystal-covered socks and black shoes. The larger the arenas the shorter the pant hem to allow people seated much further away to see his dance moves."

"The moonwalk is a dance I would love to take credit for, but I can´t because I have to be completely honest here... these Black children in the ghettos are... they have this phenomenal rhythm of anybody on the earth. I´m not joking, I get a lot of ideas from watching these black children. They have perfect rhythm. Just riding through Harlem in the 70s and early 80s, I would see these kids dancing on the street... sliding backwards, kind of like an illusion dance, I call it. I took a mental picture of it. I went into my room upstairs in Encino and I would just start doing the dance and create and perfect it. But, it definitely started with the Black culture. No doubt. That´s where it comes from."

"What I picked up on Michael Jackson is the way that he counts his rhythm with his feet and his neck at the same time is crazy... so he's hearing multiple things at once –- and I don't know anybody who does that."

"I asked him, ´How much do you practise?´ And he said, ´You know, I would dance until I can't dance no more.´ I said, ´what do you mean?´ He said, ´I dance until my legs... until I physically couldn't move.´" Kobe Byrant

MJ was an athlete, physically disciplined and very health conscious. He had a true dancers body...

Dance rehearsals can go on past midnight, but this time I stopped at ten. “I hope you don’t mind,” I said, looking up into space, “but that’s enough for today.”
A voice from the control room spoke. “You okay?”
“A little tired, I guess,” I said.
I slipped on a windbreaker and headed down the hall. Running footsteps came up behind me. I was pretty sure who they belonged to. “I know you too well,” she said, catching up with me.
“What’s really wrong?”
I hesitated. “Well, I don’t know how this sounds, but I saw a picture today in the papers. A dolphin had drowned in a fishing net. From the way its body was tangled in the lines, you could read so much agony. Its eyes were vacant, yet there was still that smile, the one dolphins never lose, even when they die…” My voice trailed off.
She put her hand lightly in mine. “I know, I know.”
“No, you don’t know all of it yet. It’s not just that I felt sad, or had to face the fact that an innocent being had died. Dolphins love to dance — of all the creatures in the sea, that’s their mark. Asking nothing from us, they cavort in the waves while we marvel. They race ahead of ships, not to get there first but to tell us, ‘It’s all meant to be play. Keep to your course, but dance while you do it.’ “So there I was, in the middle of rehearsal, and I thought, ‘They’re killing a dance.’ And then it seemed only right to stop. I can’t keep the dance from being killed, but at least I can pause in memory, as one dancer to another. Does that make any sense?”
Her eyes were tender. “Sure, in its way. Probably we’ll wait years before everyone agrees on how to solve this thing. So many interests are involved. But it’s too frustrating waiting for improvements tomorrow. Your heart wanted to have its say now.”
“Yes,” I said, pushing the door open for her. “I just had this feeling, and that’s enough for today.”
Michael Jackson in his book Dancing The Dream

Some of Michael´s idols and coleagues:

The legendary Paul Taylor was someone whose work influenced Michael, a fellow dancer. Paul died today at the age of 88. Dancer, choreographer, instructor and producer, he knew movement so well that he could tell a person's character by the way he walked.

You can find more about Paul Taylor and his legacy to the world of dance, you can read "America Dancing: From the Cakewalk to the Moonwalk."